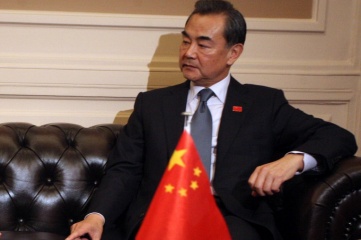 On a diplomatic trip to Switzerland, China’s foreign minister Wang Yi met with IOC president Thomas Bach on Monday and underlined the government’s commitment to the Winter Olympic Games in 2022.

“China has a real vision about the importance of sport for education, for social cohesion and for international representation,” said Bach.

“I would like to thank again President Xi for not only promoting the role of sport in China but also for supporting the mention of sport within the sustainable development goals (SDGs) of the United Nations.”

The UN Member States are expected to use the SDGs as goals and targets to frame their agendas and political policies over the next 15 years.

Bach also praised the “outstanding development of sport” in China under the leadership of president Xi Jinping.

The meeting took place in the Olympic Museum in Lausanne, shortly after the IOC Evaluation Commission’s inspection of Beijing’s bid to host the 2022 Winter Olympic Games.

Wang reiterated that the Chinese government is fully supportive of the bid, assuring the IOC that all commitments made during the bidding phase would be implemented.

He was in Lausanne for negotiations on Iran’s nuclear programme, along with Sergey Lavrov, Russia’s minister of foreign affairs, with whom Bach discussed Russia’s contribution to the UN SDGs and his upcoming visit to Sochi at the end of April.