Home
»
News
»
How the Games set London on track 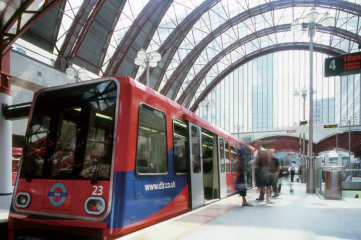 Hosting the Olympic Games in 2012 brought huge developments to transport infrastructure and technology, but it is changes to management systems that are bringing the most value in the long run.

Hosting a major sports event inevitably places huge additional strain on a city’s transport network. While this can act as a catalyst to upgrade systems, the long term value of any such investment is always subject to scrutiny. Transport is a major component of the organising city’s capital budget and rightly the focus is on the post-event deliverables.

In the case of London 2012, the transport investment came in at just above USD 10bn. And despite that hefty price tag, Transport for London (TfL) considers this investment to be the main legacy of the Games. Perhaps the most palpable effects are the upgraded Jubilee Line, Docklands Light Rail and Overground, with their extended services and increased capacity.

However, a report published in February 2013 by the Greater London Authority’s Transport Committee in expressed frustration that infrastructure developed for the Games being underutilised – in particular, Stratford International Station.

“We want all new transport infrastructure installed for the 2012 Games fully utilised including Stratford International Station. To date, there is little indication that Eurostar or any other international rail operator will use this station in future. Alongside improved use of Stratford International, we want to see long-term changes in rail timetabling,” the GLA report stated.

Other, less high-profile, legacy transport benefits include the increase in step-free access, additional audio and visual information displays, hearing aid induction loops, wide-aisle gates, tactile paving and additional help points. All delivered for the Games, these are now providing both Londoners and visitors alike a more accessible transport system for the city.

Aside from investments in infrastructure, hosting the Games brought many lessons about transport management that will be of value to London and other host cities in the future.

Politicians and commentators have praised London’s transport management during the Games. Hugh Sumner, Director of Transport for the ODA, put the success down to an integrated approach to transport delivery. He said: “By anyone’s measure we delivered”.

Road and rail operators managed the transport system in realtime during the 2012 Games. They kept travellers informed on a daily basis about the best ways to make journeys to help spread demand more evenly.

Train operating companies operated more flexible timetables on certain routes so they could alter services at short notice to better suit demand. TfL and Network Rail deployed new measures to respond more quickly to any incidents of disruption. This helped to minimise the impact of any service failures including at key 2012 travel hotspots such as London Bridge.

On the roads, following lower demand from Games family vehicles than predicted, TfL reduced the extent and hours of operation of the Olympic Route Network (ORN).

“We want ‘One Team Transport’ to continue,” a spokesman for TfL says. “Transport operators have told us this will happen. They suggest the Transport Co-ordination Centre (TCC) and travel ambassadors could be used for future special events or during periods of disruptions.

According to TfL, public transport and road networks now operate much more smoothly and efficiently as a result of plans and procedures put in place before the Games. The 2012 active traffic management programme, which resulted in changes to 1,300 traffic signals, was a major driver behind this change.

However, some issues have been raised about the active traffic management programme. Lobbying group London Councils suggests the implementation was heavy-handed, resulting in significant delays and congestion in some parts of outer London. In addition, London Councils says, TfL failed to consult boroughs before making changes to traffic signals.

Keep on trucking
The increased level of freight during the Games was handled by the 2012 freight management programme. At a cost of USD 6m, this established a freight forum, a dedicated freight website and an online freight journey planner. A spokesperson for TfL said “Around 57 per cent of freight operators made adaptations during the 2012 Games, with most reducing their transport activity and retiming deliveries.”

The freight transport association supports the continuation of these measures and suggests its members could make permanent changes to their usual delivery hours following the 2012 Games. TfL is also keen for the improvements brought by the programme to continue; the spokesperson said “We want long-term changes in the scale and timing of road freight deliveries”.

One notable operational success during London 2012 was the use of travel ambassadors. Resplendent in their purple uniforms, these volunteers were located at all the major transport hubs, guiding and advising visitors. Such was the positive feedback on their use that London Underground continued their use through the busy festive period four months after the conclusion of the games.

The volunteers, who have been celebrated along with the Olympic Games Makers since the Games, were on hand to provide travel information at some of the capital’s busiest Tube stations.

“Our travel ambassadors were heralded as a fantastic success during the Games for the warm welcome they gave to visitors from across the globe and their breadth of knowledge about London’s transport system,” says Nigel Holness, director of operational change and upgrades at London Underground.

“Our front-line staff work really hard to ensure that customers are given all the information they need to make their journeys quickly and easily, but having some extra help from the travel ambassadors during the busy festive period gave visitors an even better level of service and demonstrates our commitment to providing excellent customer care.”

Another lesson that was taken to heart from the build-up to and during the Games was that preparation and effective communications can often forestall any travel complications, allowing effective alternatives to be provided. The lessons learned from the Get Ahead of the Games campaign, when it comes to travel demand management and communications, will be implemented in TfL’s future communication strategies.

There are also plans to build on the extensive use of social media platforms that proved so effective. Behavioural changes like this may well prove to have a wider reaching impact than the investments in infrastructure needed to host the Games