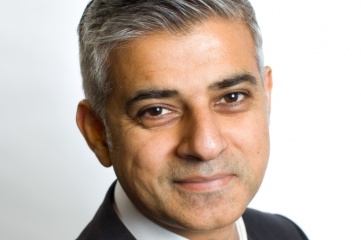 Sadiq Khan is on course to be announced the new Mayor of London, pledging to make transport clean and affordable

He is set to succeed Conservative MP Boris Johnson, who led London for two terms which included the delivery of the Olympic Games in 2012. The Host City contract for London 2012 was signed by former Mayor Ken Livingstone.

Shortly before the election Khan outlined his priorities in an editorial in The Guardian newspaper. Affordable housing was top of the agenda, but he also set out his plans to assure that transport affordable.

“Londoners now face the most expensive transport of almost any major city,” he wrote. “I will freeze fares for four years, and introduce ‘Hopper’ bus tickets, so that people can have unlimited changes within one hour.”

With Khan as Mayor, London can hope to see an improvement in air quality.

“As someone who lives with adult-onset asthma I know how bad air quality in the capital has become,” he wrote.

“I want to be the greenest mayor London has ever had – it is not acceptable that 10,000 people die in London every year because our air is so filthy. That’s why I have ambitious plans to make green London’s bus fleet and remove the filthiest vehicles from our roads.

He also pledged to improve security in the capital of the UK.“While the cost of living in London has soared, the number of police officers making our city safe has plummeted. Conservative cuts mean there are 1,500 fewer officers on London’s streets, and violent crime levels are up in every single borough. I will make policing a priority, and work to tackle sexual assaults on public transport and the unacceptable rise in hate crime.”

But the clearest message of Khan’s campaign was on tackling the runaway cost of accommodation. “Our city is living through the worst housing crisis in a generation, rents are sky-high and the average cost of a home in London is more than £500,000,” he wrote.

“If I become mayor of London, my single biggest priority will be to build thousands more homes every year. I will set a target to make half of all the new homes that are built genuinely affordable, with first dibs for Londoners.”

Khan, who is set to be the first Muslim mayor of a major western city, was nominated Labour’s candidate for the mayoral contest ahead of former Olympics Minister Dame Tessa Jowell.

Host City would like to thank Dame Tessa Jowell and former Mayors Boris Johnson and Ken Livingstone for all their contributions to and invaluable support of Host City; and to welcome Sadiq Khan's plans for London.