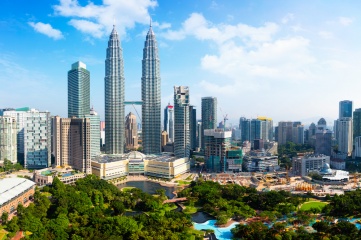 Malaysia Major Events and Event in Skåne joined in the first week of January 2017, with Göteborg & Co and Glasgow Life having joined in November 2016.

The organisation now has 23 members since its formal launch in April 2016.

Malaysia Major Events was established to identify, promote, facilitate as well as support viable international events to be staged in Malaysia, the organisation is a division of Malaysia Convention & Exhibition Bureau and it is based in Kuala Lumpur.

Malaysia has a packed programme of sports, business and entertainment events. Events scheduled for the first three months of 2017 include the Viper Challenge Series, the Wonderful World of Disney on Ice (100 year celebration), Powerman Duathlon Asia Championships, WTA - Malaysia Open, Miri Country Music Fest and Bryan Adams Get Up Tour.

Skåne is the southernmost county in Sweden. Based in the city of Malmö, Event in Skåne works to make Skåne a leading venue for top Swedish and international events.

The New York Times ranked Skåne as one of the top ten places in the world to visit in 2016. The region regularly hosts world and European championships and several other major events.

Gothenburg is Sweden's second largest city, with 540,000 inhabitants, located on the west coast. Despite its small size, it hosts an impressive list of international events, a success it puts down to close collaboration within the city's event industry, infrastructure for hosting events and bold, creative and professional organisers.

Glasgow Life, represented by Ian Hooper, joined the Association during Host City 2016 in November. Glasgow Life’s vision is to inspire citizens and visitors to lead richer and more active lives through culture, sport and learning.

Glasgow’s track record in staging major events is enviable, from multi-sports events like the 2014 Commonwealth Games and 2018 European Championships and individual sports events like such as 2015 World Gymnastics, to important major conferences such as Host City.

The IAEH is a worldwide organisation for representatives of international destinations to collaborate together to generate the best possible value from hosting major sporting and cultural events, and provide a voice for ‘not for profit’ hosts of events.

IAEH provides a platform for members to learn from the successes and challenges of major events, share knowledge and generate greater long term social and economic benefits from hosting events.

IAEH meets at the most important meetings of the major events sector including Host City and SportAccord Global Convention.

Host City, the largest meeting of cities and sports, business and cultural events, will take place again in Glasgow in November 2017.