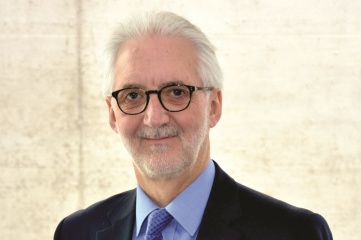 Brian Cookson, President of the Union Cycliste Internationale explains how the UCI encourages its event hosts to go a step further

One of the beauties of cycling lies in the huge variety of its different disciplines, which cater to athletes of contrasting profiles, attract fans of all ages and backgrounds, and can be hosted by cities of varying sizes and with differing budgets.

Infrastructure necessary for these different events varies enormously: depending on the discipline, the requirement may simply be a well-equipped sports hall, a downtown urban centre, park, countryside trail, or a mountain. Other disciplines call for more specific infrastructure such as a BMX Supercross track or UCI-approved velodrome. As well as major championships for the professionals, there are mass participation events for amateur riders. The possibilities for hosting a UCI event are plentiful. Even small cities on limited budgets can become hosts of a major international cycling event.

Beyond the excitement and emotions that go hand in hand with hosting a high-level cycling competition, the UCI proposes to help host cities establish a true legacy from the event. This is achieved largely through the development of Cycling for All.

Cycling is more than just a competitive sport: it is also a popular leisure activity and an efficient means of transport. In these roles, the bike can help public authorities face environmental and health challenges by limiting noise, reducing traffic congestion and improving public health.

How hosting a cycling event can motivate a population

Experience has shown that organising a UCI event is an ideal springboard for developing cycling among a region’s population.

For example, to coincide with hosting the 2015 UCI Road World Championships, the city of Richmond (USA), published a Bicycle Master Plan which details a proposed network of improved bike infrastructure throughout the city and includes halving the rate of injury to cyclists by 2025.

Richmond Mayor Dwight C. Jones said: “While hosting the UCI World Championships in itself was a tremendous honour, we’ve always viewed this opportunity as having a lasting impact on the Richmond community.”

For many people considering taking up cycling for their health – and for transport – the sight of elite riders can be one of the triggers for a shift in behaviour. If bike events are incorporated within wider transport and marketing strategies, they can help persuade people to try cycling as an alternative to the car.

The savings from a shift to cycling can be huge. Someone who commutes 5km to work by car could save half a tonne of carbon dioxide per year by shifting to cycling for all those journeys.

Together with the European Cyclists’ Federation (ECF) and the Bicycle Product Suppliers Association (BPSA), the UCI has recently commissioned a report on the impact of a much greater use of cycling in urban areas. Carried out by University of California, Davis (UCD) and the Institute for Transportation and Development Policy (ITDP), the scientific study – a first of its kind – shows that cycling and e-biking can cut energy use and CO2 emissions of urban transport by up to 10% by 2050 compared to current estimations, while saving society trillions of dollars.

We can also look at how an increase in cycling can boost trade. This phenomenon is highlighted in a New York City report entitled “Measuring the Street,” which states that after the construction of a protected bike lane on 9th Avenue, local businesses saw a 49 percent increase in retail sales. On other streets in the borough, the average was only 3 percent.

To encourage host cities to help their populations shift to a cycling mentality, the UCI has invested in and relaunched the UCI Bike City label from 2016. This will reward bike friendly cities and/or regions to fulfil certain criteria under two key pillars:

•Investing in cycling for all.

There are three levels of UCI Bike City label, depending on the scope of the development plan.

Level 2: to host at least one UCI World Cup and two UCI World Championships for two different disciplines over a four-year period.

As well as hosting UCI events, cities will need to meet specific targets under the second pillar, Cycling for All. These targets concern:

Cities will not be alone as they work towards the UCI Bike City label. The UCI will work hand in hand with host cities, helping them develop and benchmark their plans to grow cycling at all levels. They will also share best practices from around the world.

The aim of the UCI Bike City label is three-fold:

•To reward cities that invest in cycling;

•To build long term relationships between the UCI and different cities;

•To inform the wider public about bike friendly cities and/or regions that are suitable for bike tourism.

In return to their investment and commitment, UCI Bike Cities will:

•Be able to use the label on all official documents;

•Benefit from promotion on the UCI’s social media channels;

•Receive support in securing athletes as ambassadors of their cycling programmes;