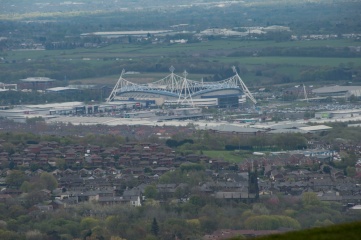 Communities in the North West of England have been taking a bit of a hammering of late. Over a scorching bank holiday weekend, a high magnitude tremor from Cuadrilla’s fracking operations shook the Lancashire city of Preston.

The English Football League (EFL)’s office in Preston might have been closed at the time, but EFL Executive Chair Debbie Jevans CBE* has been working tirelessly over the bank holiday to deal with a different kind of shock – the possible departure of two clubs from the nearby towns of Bolton and Bury from League One due to crises in their ownership.

Jevans has granted both Bolton Wanderers and Bury FC an extension of until 5PM on Tuesday to finalise their takeovers. Both teams have had to cancel or postpone matches due to their financial crises.

While the EFL will not want to lose teams from the league, neither does it want to postpone any more matches. It is hoped that both clubs will manage to complete their sales by close of business today, despite the fact that Bolton’s negotiations with Football Ventures collapsed over the weekend.

Meanwhile, a potential buyer for Bury has emerged in the shape of C&N Sporting Risk.

Jevans told BBC Radio 5 Live on Sunday Morning that the company has “demonstrated to us enough source of funding.

"There was enough credible information before the board to allow this extension till Tuesday, but in doing that, no more games have to be postponed."

Responding to C&N Sporting Risk’s reported disappointment that the extension was not longer as its legal adviser was unavailable until Wednesday, Jevans suggested he could “give advice on the phone and by email."

"There is enough time, if all parties want to do a deal by then," she said.  "We've got many examples where clubs have changed hands in a very short period of time and we see no reason why this can't happen by Tuesday.

In a country where power and opportunities continue to be drawn towards major cities, towns like Bolton and Bury need focal points like football clubs.

Lisa Nandy is MP of nearby Wigan and co-founder of Centre for Towns. “Sport is basically the glue that holds the community together,” she told Politico. “If you go to any part of the borough you’ll find grassroots community sports clubs. You’ve got every single generation there — grandparents, parents, aunties, uncles, kids, the works… It’s a big source of pride. It’s part of our history, part of our culture, part of our identity.”

Bolton, Bury, Wigan and Preston all voted for Brexit. Perhaps for towns like these to have the future they deserve, they need more leaders like Debbie Jevans who are prepared to forsake their holidays, address audiences and help to conclude negotiations successfully – before the tremors get any worse.