Home
»
News
»
Triathlon to feature at 2018 European Championships in Glasgow 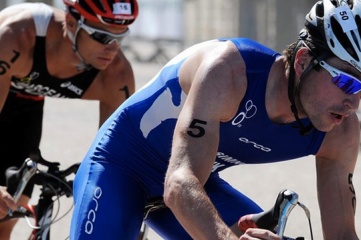 The ETU event gives the chance for athletes from across a wide range of ages to be part of the 2018 European Championships.

The ETU event gives the chance for athletes from across a wide range of ages to be part of the 2018 European Championships – a new multi-sport event that brings together some of Europe’s leading sporting competitions.

Approximately 160 triathletes will head to Strathclyde Country Park in North Lanarkshire for three elite events (men’s, women’s and mixed relay) and 1,200 age group participants will also get the opportunity to represent their nation on the same course.

ETU president Renato Bertrandi said: “I am delighted that triathlon has been invited to be part of this new development. Triathlon is no longer a new sport but it is one of the youngest and still growing. We see whole families now attending races and the message from our sport is clear, ‘triathlon is inclusive, triathlon is good, triathlon is a way of life’.

“I was unable to attend the Commonwealth Games in Glasgow but many of my technical officials were there and from their first-hand accounts and from watching the coverage on TV, it is clear that not only were the Games a huge success but also that the city was one of the most welcoming. The athletes enjoyed the atmosphere there and the public were fantastic.

“I am also very pleased that our sport, based upon inclusivity, has traditionally seen Age-Group athletes racing at the same venue for championships and 2018 will be no different with thousands of athletes, from 16 to over 80 years of age, racing the Sprint Distance, making the journey to Scotland and to Glasgow to be part of this great sporting celebration.”

Colin Hartley, Glasgow 2018 Championships director, added: “Glasgow’s sporting reputation has never been higher having delivered some of the world’s most prestigious events in recent years. We are determined to build on that position in 2018 and deliver an outstanding European Championships.

“Triathlon will be at the very heart of the European Championships and we will do all that we can to continue the proud traditions of the sport, elevating the status of European triathletes. At the same time we are looking forward to staging the Age Group Championships, giving people of all ages the chance to represent their country.

“The triathlon course at Strathclyde Country Park proved popular with athletes and spectators alike during the 2014 Commonwealth Games and by working closely with our partners at North Lanarkshire we will ensure it will be even better this time around.”

Scottish triathlete Marc Austin, who staged a memorable race at the 2014 Commonwealth Games Triathlon event, said: “It's fantastic that the European Triathlon Union have signed the Host City agreement with Glasgow 2018. It's certainly going to be one of the biggest triathlon events we've ever seen in Scotland. It's just great to have these big events coming to Scotland.”

To be staged every four years the European Championships will combine the existing European Championships of athletics, aquatics, cycling, gymnastics, rowing and triathlon and a new team golf event. The first edition will be held in the summer of 2018 in a unique sporting partnership between Europe’s leading sports federations, host cities Glasgow and Berlin, and the European Broadcasting Union (EBU).

The event will build on Glasgow and Scotland’s track record of hosting major international events including the 2014 Commonwealth Games, 2014 Ryder Cup and 2015 World Gymnastics Championships.