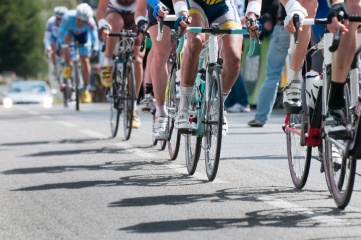 The UCI has unveiled its 2015 WorldTour calendar

The season-ending Tour of Beijing has been left off the International Cycling Union’s (UCI) 2015 WorldTour road race calendar.

UCI president Brian Cookson told French daily newspaper l’Equipe that the governing body would not renew the four-year contract with Global Cycling Promotion, which promotes the event, beyond this year’s season finale from October 10-14.

The newspaper said that the race is worth about €500,000 ($640,000) to the UCI every year, but Cookson added: “There are other opportunities for financial returns.

“The main thing is that we believe that we do not intend to be a major organiser of cycling races. It is the function of others. Ours is to grow the sport and help its components.”

Beijing became Asia’s first event on the WorldTour calendar in 2011.

Cookson added that the UCI had been in talks with Global Cycling Promotion “for some time”, but added: “They have other goals and want to do different things. We too want to do something different.”

In confirming the calendar for the 2015 WorldTour at its annual meeting in Ponferrada, Spain, the UCI announced that the series would once again start with the Tour Down Under in Australia in January before travelling to Europe in March, starting with Paris-Nice in France.

The schedule will conclude in early October with the Giro di Lombardia in Italy, with the absence of the Tour of Beijing being the only major change to the calendar in comparison with this year.

“As we are getting close to the last two events in the 2014 UCI WorldTour, Il Lombardia and the Tour of Beijing, we can all reflect on what has been a fantastic season which demonstrated some tangible proof of the global growth of the UCI WorldTour,” Cookson added.

“We are convinced that the UCI WorldTour has now entered a new and exciting era.”