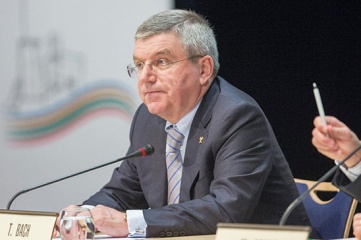 As an Olympic medallist, recent developments in some sports are particularly upsetting. What saddens me most as a former athlete is that they erode the trust in the clean athlete. Clean athletes who push themselves day in day out pursuing their dreams see the finger of suspicion pointing at them. This is the very worst ‘side-effect’ of doping.

We must do everything we can to protect these millions of clean athletes around the world. For their sake and for the credibility of sports competition, they have to be protected from doping and corrupting influences. We also have to protect the credibility of sports competition from match-fixing and manipulation. The IOC has created a specific 20-million US dollar fund for the protection of clean athletes. This comes on top of overall international investments of an estimated 500-million US dollars for around 250,000 anti-doping tests a year, among other initiatives. The IOC has a zero-tolerance policy against doping and any kind of manipulation and corruption.

Doped athletes already face a four-year ban from any kind of sports competition for their first infringement. This means an effective ban from the next edition of the Olympic Games. As a young man, I called for life bans even for the first infringement. Unfortunately, such a sanction would not be upheld by any judicial court. But what we can do is making the anti-doping system more independent from sports organisations. In this respect, the IOC took the initiative to ask the World Anti-Doping Agency (WADA), the international authority in the fight against drugs in sport, to consider taking over testing programmes from the international sports federations. The IOC also proposed that the Court of Arbitration of Sports (CAS), the highest judicial body for the sports world, take over all sanctioning of doped athletes.

Zero-tolerance also means all nations and all sports have to be compliant with WADA’s rules. On this front, sport requires the support of governments. Let us not forget that governments have a 50% stake in WADA. Governments need to make sure that their national anti-doping authorities are WADA-compliant. Governments also have to ensure dealers, corrupt doctors and coaches are punished with the full force of the law.

Protecting the clean athlete goes hand in hand with ensuring that the environment in which the athletes operate is safe from corrupting influences. To fight manipulation in sport and specifically match-fixing and illegal betting, the IOC and the International Sport Federations are already working closely with police, betting operators and regulators around the world. Recognizing the international nature of organized crime, the IOC is also engaged with Interpol to safeguard the integrity of sport.

Fighting corruption also means that good governance for sporting organisations is essential. The IOC has put the necessary measures in place since a long time. More recently, the reforms passed in Olympic Agenda 2020 exactly one year ago, ensure internationally recognized standards of governance. As a result, all our accounts are audited at a higher international financial reporting standard (IFRS) and we are publishing everything in our annual report, as is common practise in the corporate world; we have term and age limits for all IOC Members; we have a chief ethics and compliance officer, an audit committee and an independent ethics commission. We have called on and we expect all sports organisations to follow this route. All these measures and others, which are publically available, allow the IOC to distribute over 90% of our revenue – that is $3.25 million each and every day – back to athletes and world sport.

The recent discussions on these issues show the huge significance sport has in our society. Sport has the power to make the world a better place. If these good governance measures are adopted and the zero-tolerance policies are followed by all sport organisations, there is a very bright future for sport. As Nelson Mandela said: “Sport has the power to change the world.” Yes, these are difficult times for sport. But yes, it is also an opportunity to renew the trust in this power of sport to change the world for the better.

This opinion piece by IOC President Thomas Bach is also published on www.olympic.org