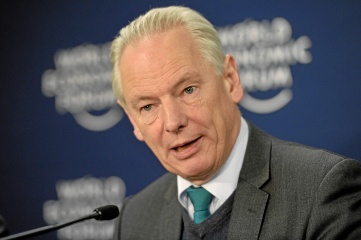 A senior Qatari official is to meet with experts in London next week to plan a cybersecurity strategy for the 2022 FIFA World Cup, returning a visit from a UK minister

British minister for the Cabinet Office and paymaster general Francis Maude this week met with senior Qatari officials, one of whom is to visit London next week to meet with experts on cybersecurity.

Maude was in Qatar to discuss transparency, “open government” and cybersecurity – a critical issue for the hosts of major events.

“I chaired the cabinet committee in Britain on the 2012 Olympics and cyber security was a big concern,” Maude told the Gulf Times.

“We want to work very closely with the Qatar government in preparing for the 2022 FIFA World Cup. The lessons of how and what we did and all of that, we are very keen to share it with our friends,” he said, adding that Qatar and the UK have “a huge amount of common ground.”

The UK signed a security pact with Qatar last year, under which the two countries security agencies are sharing intelligence.

Information sharing between countries is crucial to maintain the security of data, as the internet transcends national boundaries.

“Governments need to work together in real time, with business and other organisations to share knowledge, information and capability quickly and effectively. Building those close relationships on these matters with our governments is of first importance.”

Bilateral trade between Qatar and the UK is valued at about GB£5.4bn (QAR30bn/US$8.2bn) annually. A British Chamber of Commerce was established in Qatar last month to boost cooperation between Qatari and British small to medium sized enterprises.

“There is a lot of Qatari investment in London and elsewhere in Britain, and we are busy building that up,” said Maude.

“We want Britain to be the best place in the world for companies to do business and we want to work with our friends and colleagues in Qatar for the benefit of both countries.”