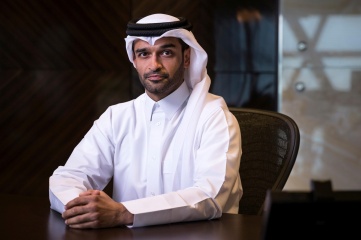 Al Thawadi held a number of bilateral meetings, took part in a panel discussion where he explored the economic prosperity in the Middle East with a number of notable figures, and conducted interviews with global broadcasters such as CNBC, CNN and Astro Awani on the sidelines of this year's forum.

During an interview with CNBC presenter Hadley Gamble, Al Thawadi said the tournament had the power the unite people from across the world.

"Major sporting events – particularly football and the FIFA World Cup – provide incredible opportunities for bringing people together," said Al Thawadi. "If you look at the recent FIFA Club World Cup, we had people in Qatar from five continents engaging with each other and celebrating football. It was a true festivity."

Al Thawadi continued: "We also appreciate the value and power of sport in building bridges between people from every walk of life. The recent Gulf Cup, held in Qatar, was a fantastic example. It was the first time Bahrain won the tournament and the emotion of the fans was incredible.

"Sporting events can be truly transformational and something that leaves a legacy – not only for us but for generations to come. We're working hard to ensure that everyone appreciates the powerful tool we have in bringing people together and the unique opportunity we have been granted. In an age where divisiveness and nationalism are on the rise, we must work to use these platforms to showcase our common humanity and celebrate our shared values and harness this once in a lifetime opportunity."

In line with this year's sustainability theme at WEF, Al Thawadi also discussed the tournament's sustainability credentials during the interview, noting the launch of the FIFA World Cup Qatar 2022™ Sustainability Strategy this week – the first to be planned and delivered jointly by FIFA, the host country and the local organisers. Al Thawadi also reiterated Qatar's commitment to hosting the world's first truly carbon neutral tournament in 2022.

Speaking about tournament preparations, Al Thawadi said 2020 would be a busy year for the SC. Qatar will host the CAF Super Cup in February and the FIFA Club World Cup™ in December 2020, welcoming thousands of fans from around the world to the region once again. Al Thawadi noted that two stadiums will be unveiled during the first half of the year, Education City and Al Bayt, and that all tournament infrastructure will be delivered by 2021.

Bilateral meetings were also held throughout the week with figures including Klaus Schwab, Founder and Chairman, World Economic Forum, Will.i.am, entertainer and tech entrepreneur, David Miliband, President and CEO of the International Rescue Committee, Sharan Burrow, General Secretary of the ITUC, Ian Bremmer, CEO of Eurasia Group, and Mirek Dusek, Deputy Head of the Centre for Geopolitical and Regional Affairs and Member of the Executive Committee, World Economic Forum.

The WEF Annual Meeting in Davos-Klosters, Switzerland, is the foremost creative force for engaging the world's top leaders in collaborative activities to shape the global, regional and industry agendas at the beginning of each year. 2020, which marked the forum's 50th year, attracted 3,000 participants from around the world and aimed to give concrete meaning to "stakeholder capitalism", assist governments and international institutions in tracking progress towards the Paris Agreement and the Sustainable Development Goals, and facilitate discussions on technology and trade governance.