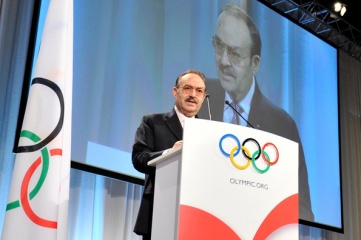 A member of the IOC from 1991 to 2012, Vázquez Raña played a central role in promoting sport and the Olympic Movement in his home nation of Mexico, the Americas and around the world.

“Mario Vázquez Raña dedicated a great part of his life to Olympic sport”, said IOC President Thomas Bach. “He served over decades with great commitment as President of PASO, even until his last moments.”

He headed the Association of National Olympic Committees (ANOC) from 1979 to 2012, and was chairman of the Pan American Sports Organisation (PASO) from 1975 until his death – during which time he has also president and director of Latin America’s largest newspaper company, Organización Editorial Mexicana.

Vázquez Raña was also president and director general of Cartones Ponderosa from 2001-2015, owner of United Press International from 1985 to 1988 and president of the board of directors of the Hermanos Vázquez Company from 1960 to 1980.

Vázquez Raña’s roles within the IOC included appointments as Executive Board member, Chairman of Olympic Solidarity (2002-2012) and president of the Organising Committee for the 114th IOC Session in Mexico City (2002).

“He had outstanding merit within the Olympic Movement and we will always remember him as a great Olympic leader. The Olympic flag at the IOC headquarters in Lausanne will be flown at half-mast in his honour,” said president Bach.