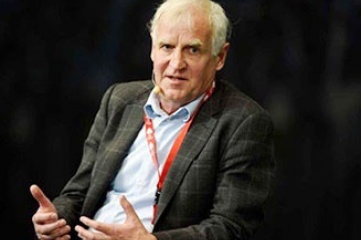 Host City: The theme of Host City 2018 is “The Future of Major Events”. What do you see as the biggest challenge and opportunity for the future of major events?

Niels Nygaard: It is clear that one of the biggest challenges facing any major sports event is overcoming the negative perception in the media and among the public that they are intrinsically financially unsound.

A lot has already been done in recent years to make improvements in all aspects of event delivery, but it will require more time and effort to reverse the negative discourse. The European Olympic Committees is fully aligned with the International Olympic Committee, Olympic Agenda 2020 and The New Norm, meaning that we are absolutely committed to lowering the costs and complexity of our events while improving their efficiency and sustainability. The onus is definitely on us to not only talk the talk but walk the walk when it comes to delivering the best possible events without gigantism, overspending and leaving white elephants behind.

Of course, one of the best ways we can do this is to host sustainable events that leave many positive and long-lasting benefits for the local communities – something we can then use as tangible proof in the debate. We hope that Minsk 2019 will become a touchstone for future discussions on the issue.

Host City: What impact do you expect the 2019 European Games in Minsk to have on the city and region?

Niels Nygaard: We certainly expect that there will be some level of cultural and socioeconomic impact on Minsk and Belarus as a result of the European Games. We see the Games as being a watershed moment in the opening up of Belarus to the rest of Europe and vice versa.

I think for many Europeans, not a great deal is known about the country – it hasn’t traditionally been on the shortlist of travel destinations on our continent. But that could very well change – in fact, Belarus was recently named by Lonely Planet as one of the top 10 destinations globally to travel to in 2019. I think anyone who visits Minsk for the first time cannot help to be impressed by how beautiful the city is, how green, clean and safe it is, and how friendly the people are.

Fortunately, there will be next to no environmental impact on the city as these Games will be one of the most sustainable multi-sports events in history. This is because 11 of 12 venues used at next June’s Games are existing structures. The single venue that had to be built was that for beach soccer – an open-air facility seating 1,500 people that took only two months to construct.

And for sports fans it can’t get much better – the venues are state-of-the-art and are all within 30 minutes’ drive of the Athletes Village. It means that you can take in a number of different sports in the same day if you are so inclined, all in great comfort surrounded by passionate and knowledgeable local sports enthusiasts.

We believe Minsk 2019 can set an example for other multi-sports competitions in the future. There has been a lot of talk lately about how Games should be moulded around the host city and not the other way around. Well, look no further than Minsk 2019, which should become a prime example of how to host a major sports event without spending a lot of money.

Host City: Are there any areas of Games preparation that need particular attention right now?

Niels Nygaard: We are quite pleased with the way things are progressing so far, and get regular updates from our Coordination Commission and from the local organisers themselves. With 11 of the 12 facilities already existing, we have no issues with venue preparation – Minsk could hold the Games tomorrow if need be.

But in the lead-up to the Games we are asking our counterparts in Belarus to step everything up a notch in terms of organisation. In total, Minsk will host 22 test events ahead of the Games on 21 June, which will be a critical learning curve. They have proven to be excellent hosts in the past, but the European Games will be the largest event they have ever staged and it will require a great deal of flexibility and quick decision-making at all levels to be hosted successfully.

Host City: How is the candidature process for 2023 progressing?

Niels Nygaard: We had a good deal of interest in the 2023 European Games prior to our bid launch in September this year. This is why we were confident that even though our window for bid submissions is only 6 months, we are likely to have a strong pool of candidates from which to choose come 28 February.

The interest being shown in the 2023 European Games signals that this event is regarded as Europe’s premier sporting event. I believe it has a bright future and we look forward to seeing the Games evolve and improve over time.

Host City: With the European Championships having been successfully hosted in Glasgow this summer and another edition due to take place in 2022, how do you envisage the European Games coexisting alongside this new model?

Niels Nygaard: The two competitions complement each other well, with the European Games remaining Europe’s only continental Games, bringing together the best athletes from Olympic and non-Olympic sports and serving as qualifiers for the Olympic Games.

At the European Olympic Committees, it is our job to promote sport at all levels across the continent. We are pleased at the success of both our European Games and the recent European Championships, which are clear indications that sport is alive and well in Europe. If these events help to inspire people, especially young people, to take up a sport or get active then we can say that we are successfully delivering our mandate.

Host City: During the World Sailing Championships this year, IOC President Thomas Bach said that Denmark could organise a fantastic Olympic Games. Obviously 2032 is a long way away but can you envisage Denmark bidding and how might this work?

Niels Nygaard: We are of course flattered that the IOC President believes Denmark could organise Olympic Summer Games sometime in the future. I do not see it feasible for Denmark to host the Games alone, since we would have to build to many new facilities in sports where we are not strong today.

With reference to Olympic Agenda 2020, I could see Sweden, Norway and Denmark together could host the Games. This would require that the Governments and the people of Sweden, Norway and Denmark would like the three countries to have a much closer cooperation in political, business and cultural matters. In this case hosting the Olympic Games together could be a strong catalyst for such a stronger cooperation.