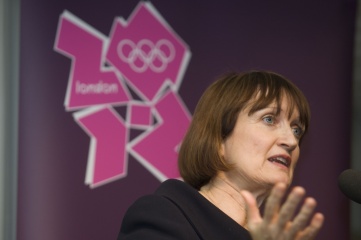 Dame Tessa Jowell, former UK Olympics Minister and expert advisor to the IOC, told HOST CITY that the IOC should place the Cultural Olympiad on an equal footing to the Olympic and Paralympic Games

The first principle of Olympism is to blend sport with culture, but Olympic Games is still not going far enough to raise the profile of cultural events, according to a prominent UK politician and expert advisor to the IOC.

“I think probably the IOC needs to go further in reaffirming the fundamental role that the cultural festival has as part of the Olympic and Paralympic Games,” Dame Tessa Jowell told HOST CITY in an exclusive interview. “So there are three events: there is the Summer Games; the Paralympics and the cultural festival.”

While host cities can and often do put on major cultural events alongside major sporting events, their primary obligation is towards the sporting activities. However, Jowell, who is an expert advisor to the IOC on bidding procedure as part of its Olympic Agenda 2020 review, says that cultural events should take on just as primary a role as sporting activities during the Games.

“I think it’s important that Pierre de Coubertin did see this duality in the Olympic ideal, and it would be a great pity to lose that,” she told HOST CITY.

The founder of the modern Olympic Games, Coubertin envisaged the Games as a “festival of mind and body”.

“At the time of the splendour of Olympia… literature and arts, harmoniously combined with sports, ensured the greatness of Olympic Games. This should be true for the future,” Coubertin wrote.

While early modern Olympic Games featured medals for the arts, the prominence of arts and culture within the event programme faded in the middle of the twentieth century, until recent editions brought a resurgence of interest. London’s “Cultural Festival” drew on some of the world’s greatest cultural leaders and talents to wide-reaching effect.

The IOC estimated that around half a million people would have experienced Olympic-related cultural events in Sochi in 2014.

Glasgow 2014 put on a huge programme of free cultural events across the city to rival London’s, billed as “Festival 2014”.

The Olympic Charter describes Olympism as “blending sport with culture and education”, but the extent to which culture should feature in the Games is nothing like as rigorously determined like the programme of sports events.

A Host City contract currently includes no obligation to include any specific cultural activities, other than to say that the organising committee “must organize a programme of cultural events.”