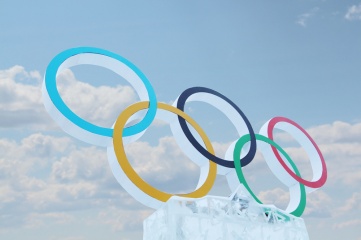 On the evidence of WADA’s “Independent Person report”, the IOC has dropped support for the 2019 European Games and asked winter sports federations not to host any other events in Russia – and is considering a ban on all Russian athletes in Rio 2016

The IOC Executive Board on Tuesday said it will no longer back the 2019 European Games, set to take place in Russia, and has asked all Winter Olympic Sports Federations to find alternative host nations for any upcoming events.
These immediate decisions are part of a number of IOC responses to the World Anti-Doping Association (WADA)’s “Independent Person” report into doping in Russia.
“The IOC will not organise or give patronage to any sports event or meeting in Russia. This includes plans for the European Games 2019 organised by the European Olympic Committees (EOC),” the IOC Executive Board said in a statement.
“Because of the detailed references to the manipulation of samples during the Olympic Winter Games Sochi 2014 the IOC asks all International Olympic Winter Sports Federations to freeze their preparations for major events in Russia, such as World Championships, World Cups or other major international competitions under their responsibility, and to actively look for alternative organisers,” it added.
“The findings of the report show a shocking and unprecedented attack on the integrity of sports and on the Olympic Games,” said IOC President Thomas Bach. “Therefore, the IOC will not hesitate to take the toughest sanctions available against any individual or organisation implicated.”
The report, by “independent person” Richard McLaren was instigated after Grigory Rodchenkov, former director of Russia’s Moscow and Sochi antidoping laboratories, blew the whistle on cover-ups.
“WADA is grateful to Richard McLaren, his team, and other contributors that, together, helped provide us with a fact-based path forward today as it relates to allegations and other information provided by Dr. Rodchenkov,” said Sir Craig Reedie, President of WADA said in a statement.
“Shamefully, the McLaren Report corroborates the allegations, exposing a modus operandi of serious manipulation of the doping control process in the satellite laboratory set up in Sochi for the 2014 Games; and, the Moscow laboratory since 2011 and after the Sochi Games.
“Not only does the evidence implicate the Russian Ministry of Sport in running a doping system that’s sole aim was to subvert the doping control process, it also states that there was active participation and assistance of the Federal Security Service and the Center of Sports Preparation of National Teams of Russia.”
The IOC has now started “disciplinary actions related to the involvement of officials within the Russian Ministry of Sports and other persons mentioned in the report because of violations of the Olympic Charter and the World Anti-Doping Code”.
The Report could result in a complete ban on Russian athletes participating in the 2016 Olympic Games, due to start in Rio de Janeiro on 5 August.
In the statement, the IOC said it will “carefully evaluate the IP Report. It will explore the legal options with regard to a collective ban of all Russian athletes for the Olympic Games 2016 versus the right to individual justice. In this respect, the IOC will have to take the CAS decision on 21 July 2016 concerning the IAAF rules into consideration, as well as the World Anti-Doping Code and the Olympic Charter.”

For the full IOC Executive Board statement click here.