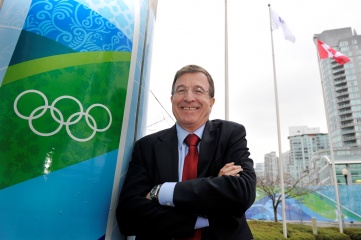 Renowned speakers including IOC Senior Olympic Games Advisor Gilbert Felli are to speak at the Association of Global Event Suppliers’ 2016 event, which takes place in Florida

A number of high profile figures have confirmed to speak at the Association of Global Event Management (AGES) 2016 annual event, which takes place in St. Augustine, Florida, USA on 29 February and 1 March.

Internationally recognised figures speaking at the conference on day one of the event include: Gilbert Felli, IOC’s Senior Olympic Games Advisor;

According to AGES, a large majority of its members, associate members and partners have confirmed their presence at our event.

AGES also announced that its membership is growing, with two new members joining recently: Pro Construction, a market leader in Poland and that delivers event infrastructure works at international level, and Unitec Systems, a leading event supplier in Korea specialising in seating.

The AGES 2016 event is hosted by CAT ES, an AGES member and leading supplier of temporary power.

The second day of the event will include presentations from AGES partners EY and SOS Global, as well as working group activities.

One working group is developing a state-of-the art contract template for the delivery of overlay works while another is elaborating a table showing temporary import and export provisions for all major large events until 2020.

AGES members ES Global, GL events, Nüssli and MTD have delegated experts to these working groups. AGES says it will focus on finding suitable industry partners in the area of technology and sustainability in 2016.