Home
»
News
»
Interview: "Beijing 2022 is a great foundation for sports development in China" 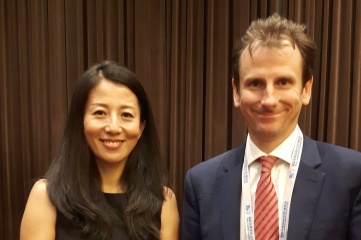 Host City: what role can China’s cities play in terms of getting citizens involved in sport?

I live in Shanghai, so I have my skating club and I work with 26 schools. Through this programme their P.E. classes come from Monday to Friday in the morning and afternoon, at which time the club would otherwise be nearly empty. Since Beijing won the bid, that’s the way we are reaching the goal of 300 million people in China to participate.

Host City: How important is sports infrastructure in China reaching this goal?

I was involved in the bidding committee. At that time, we barely found 13 rinks in Beijing, even including small ones. But now the number is going to be 72 in the next three years. I believe there will one day be more than a hundred rinks in Beijing.

Host City: And is the number of Championship events increasing in China?

As the host city of the 2022 Olympic Games we will have lots of test events, starting from 2020. Then all kind of winter sports will come to China before the Games. Of course, we also have some traditional events. For example, we have hosted the short track World Cup for 17 years in China – in Harbin and Changchun – and the last five to seven years in Shanghai. We have a Cup of China Figure Skating Grand Prix hosted every year in Beijing as well.

On top of that the new sports are also coming as well.

Host City: As an Olympic medallist, what do you think Beijing 2022 will do to develop your sport?

Yang Yang: China has so far won nine gold medals in short speed skating, but this is not enough. We hope Beijing 2022 is an opportunity to increase our standing.

Beijing 2022 is a great foundation for sports development in China that is market oriented.