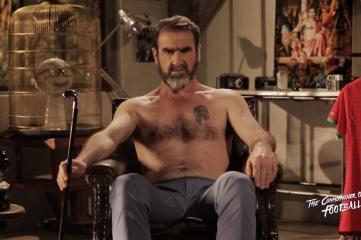 Fans and owners of sports events alike now have the technology to produce and share their own coverage. Where does this leave the broadcaster? Ben Avison of Host City asked Peter Hutton, CEO of Eurosport

Once controlled by a powerful and small number of major players, media channels are now increasing exponentially and unregulated. The ability to create, publish and distribute content is now at everyone’s fingertips. In this new world order, how can a broadcaster retain influence and attract audiences?
“The reality is that it’s clearly a lot easier for sports federations and brands to have a direct-to-consumer relationship now,” Peter Hutton, CEO of Eurosport told Host City at World Football Forum.
“But we are in a lot of conversations with different federations and brands about how we can actually help them. Because with your own site, you are preaching to the converted; you speak to your established audience, your known database. And the problem with that is: how to you bridge a new audience?”
The Professional Squash Association launched “SQUASHTV” on its own website in 2009 to broadcast its World Tour series of events directly to its fans. But in December 2015, the organisation went on to sign an agreement with Eurosport to host matches on Europlayer in order to reach more viewers across Europe.
“We bought out their streaming rights because they had an established streaming platform that was doing very well. But their concern was how to promote that to a new audience.
“So I think there are ways where you can have the brand and database that a federation has, but you can put it under a wider umbrella and you can direct more people to it. And for me that’s one of the real challenges of a sport channel, in that you accept undeniably that more people are going to consume their media in different ways. But you’ve got the strong brand that people will direct themselves to.”
The Eurosport brand was established 30 years ago and Eurosport.com is now the most viewed sports website in Europe.
“People naturally see it as an area of trust where they come for sports results and information. And that’s a great start, but one of our challenges is to make it more a video-based site – and how to build a relationship with the federations where they can use that site to generate traffic for their own use as well.”
Pushing out short, engaging content on social media is one mechanism of driving traffic to a site – but the question is how then to convert these visitors into paying subscribers.
“It’s very much part of the idea that sport is a stepping stone process where you get attracted by an idea, an individual or a story. And because you’re attracted to that first contact point, you then watch more and more of the long form of that sport, and then you potentially become a paid subscriber for that sport. But you need to have that engagement with the sport on a very emotional level to start with.
“So if you can take people up that step-by-step route then I think that’s good for a sports business. A free web or social media presence is a really useful part of that as a tactic. We can really benefit from sports brands pushing out material that then directs people up the platform of experience towards the immersive paid TV or paid consumer experience.”
The role of the broadcaster has irrevocably changed with the rise of digital media. Not only can sports federations and brands publish their own content directly on their own sites and social media channels, but fans too can generate and share their own content using smartphones.
“I think the reality of that disruption is something that you fight with every day. As a football fan I know that the moment there’s a goal anywhere in any game of significance anywhere in Europe that you can get that goal via Twitter, via different sites, you’ve got illegal streams up there – it’s there, you can’t knock it on the head and ignore the fact that it’s going to be there.”
While it can be possible to stop illegal recording and uploading, this is not necessarily worthwhile.
“You can have take-downs, but by the time you’ve taken it down the value has gone, because if I hear there’s been a goal in a game I want to see it straight away. Somebody will have filmed it off air from somewhere and put it on, it gets shared amongst their community of people and then it’s taken down later but it’s OK – I’ve seen it by that point.
“For us we don’t see a massive value in short clip rights to content because you just accept the fact that they are going to be viral, and therefore they are uncontrollable.”

Broadcasting Games and Championships
Every Olympic Games breaks new records for viewing figures to become the most watched event in the world. Broadcasting rights to the Olympic Games in Europe were traditionally owned and managed by the European Broadcasting Union (EBU) right up until London 2012. To broadcast the Sochi 2014 and Rio 2016 Games, Europe’s national networks had to buy rights directly from the International Olympic Committee.
In June 2015, Discovery was awarded the European broadcasting rights to the Olympic Games from 2018 to 2024 – and bought all its remaining shares in Eurosport.
In the meantime the EBU, in partnership with the cities of Glasgow and Berlin, launched its own multisport event format, the 2018 European Championships. Eurosport will work with the EBU on this event, which combines the European championships of several sports.
“We are going to show it pan-European as well – so we are tied in with the EBU on the event. Traditionally, Eurosport was borne out of the EBU so it has a really close relationship there. Historically we have worked with the EBU on most of their events. And now in this new world of Eurosport being Discovery-owned, we have to find a place. Certainly that place includes cooperating in European Athletics and all the European championships.”
The boundary-free nature of the internet means that Eurosport’s drive to reach new audiences is not confined to Europe.
“Eurosport.com traffic is genuinely worldwide. Clearly our focused markets are Europe and Asia but you know if you throw content out there it’s going to go anywhere.”
Hutton cites the “Commissioner Cantona” series of videos recently broadcast on Eurosport.com as an intercontinental hit. “The last one got 15m views and it’s only been out there for five days and the number of views is still going up. And the views are everywhere. Once it becomes viral you know that you will just keep growing and growing for a really long time to come.
“And it’s a brilliant learning experience to see that happen. The challenge is how to build it into your normal business and make sure it adds value back to you.”