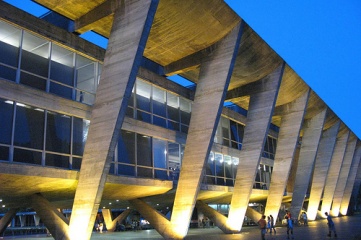 Visitors to Casa da Russia – or House of Russia –  will be able to enjoy reading HOST CITY magazine, which is renowned for its insights into the business of hosting major sporting events.

“With facilities for media, government offices, hospitality lounges and a programme of events for Russian and international guests, the Casa da Russia will be Russia’s home from home at Brazil 2014, and will provide a perfect opportunity for Russia – the next host country of the FIFA World Cup – to showcase preparations and the host cities of Russia 2018,” Eventica said.

As part of the partnership, HOST CITY will also preview activities at Casa da Russia as part of its online news coverage of the 2014 Brazil World Cup.

During the World Cup, matches will be broadcast live on big screens. Casa da Russia also promises to host a Russian cultural extravaganza, with guest musicians, bands, DJs and artists participating in a month-long celebration of Russia.

Baltika has signed as the exclusive Beer Partner for Casa da Russia, following successful partnerships with Eventica over many years, including at the Russian Winter Festival in London’s Trafalgar Square from 2005 to 2008 and at Russia.Sochi.Park – the official Russian hospitality venues in London during the 2012 Olympic Games.