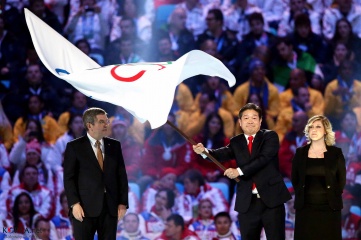 With Sochi boosting the reach of the Winter Olympic Games, a research survey in 16 countries found that the Olympic brand is associated with positive values

A survey commissioned by the IOC has found that the awareness and appeal of the Olympic Games and the Olympic Winter Games was higher than any other sports or entertainment events surveyed.

The research, conducted by Kantar Media after Sochi 2014, took on board the views of 36,000 people in 16 countries.

Announcing the results, the IOC said in a statement that Sochi 2014 reached a broadcast audience of 2.1 billion people, up 13 per cent since Vancouver 2010. The individual broadcasters at Sochi totalled 250, more than twice as many than at Vancouver.

The proliferation of digital media has boosted the reach of the Winter Games, with the number of broadcasting hours doubling to 114,000 at 2014 as compared to 2010. Digital video views reached 1.4 billion, up 334 per cent from 2010.

Athletes and spectators surveyed at the Games in Sochi rated their enjoyment of the Games very highly, citing the standard of the sports competition, the quality of the venues and the atmosphere as factors contributing to their enjoyment.

The Olympic symbol remains the most widely recognised of brands surveyed, with 93 per cent of respondents showing awareness. This brand recognition showed little variation across regions, gender and age.

The values that people surveyed associated with the Olympic rings included global, inspirational, friendship, diversity, peace and excellence. In a further boost to brand integrity, the IOC was seen to be strong and strict on doping.

The survey also showed “widespread recognition that hosting an Olympic Games brings benefits to the host country” – a welcome finding as the IOC conducts its Agenda 2020 review into the appeal of the Olympic Games.