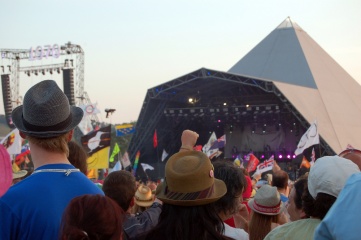 The world’s largest greenfield cultural festival has secured a license to host the event at its Worthy Farm site for the next ten years, with minimal opposition to the application

The Glastonbury Festival has secured a new premises licence that will enable it to continue to hold the event at Worthy Farm, Pilton, Somerset, until 2024.

The new application received only a few representations, of which all concerns were satisfied by the deadline. In the past, Glastonbury Festival's licences have been subject to scrutiny in a public hearing because of objections from the public or concerns from those with an interest in the safety of the event such as the police, fire or ambulance services.

As one of the world’s largest cultural events without any permanent infrastructure, Glastonbury Festival requires large amounts of temporary event infrastructure and seasonal operational expertise.

Ensuring safety at the music festival will fall under the watch of Nigel Hunt, building control manager at Mendip District Council and interim head of the proposed Somerset Building Control Partnership.

“This is an enormous festival and no one can afford to be complacent – we will continue to work with the organisers to ensure this remains one of the safest events anywhere, and if we have any doubts about this we will take action,” said Mr Hunt.

“Thankfully, this year everything went without a hitch and my team did a superb job as ever.”

His structures monitoring team, which already has many years of Glastonbury Festival experience, is responsible for all temporary structures including the Avalon Inn, the Irish Piano Bar and the new BBC studio in The Park, as well as all the stages and platforms.

Building control teams are involved as part of the licensing team at sporting and cultural events.

“This is my second year working at Glastonbury and I still can’t believe the size and scale of the festival, the amount of work that goes on behind the scenes and the number of miles the building control team have to walk every day on their shifts,” said local authority building control (LABC) director of training Anna Thompson, who attended this year’s festival as part of the structures monitoring team for Mendip District Council.