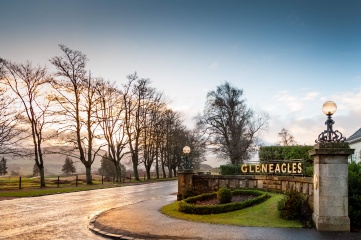 Gleneagles, the world-renowned luxury hotel, has been unveiled as an Official Supporter of the Glasgow 2018 European Championships – an exciting new multi-sport event that will see Gleneagles make golfing history as host of the first ever European Golf Team Championships.

The news comes a week after the announcement of Atos as Glasgow 2018’s first Official Supporter.

The European Golf Team Championships is the only new event being staged as part of Glasgow 2018 and will take place at the famous Jack Nicklaus-designed Gleneagles PGA Centenary Course – the same venue that hosted Europe’s memorable victory over the USA in the 2014 Ryder Cup.

The Championships promise to be a game changing moment for golf, with Europe’s elite men and women set to compete together for the first time. It is backed by the European Tour and Ladies European Tour and will include a men’s and women’s event along with a ground-breaking mixed competition.

Host Venue and Official Supporter Gleneagles is home to some of the best golf facilities in the world including three championship courses and the PGA National Golf Academy. Gleneagles is a former long-standing European Tour and Ladies European Tour venue and has unrivalled experience of hosting international events such as The Ryder Cup.

The European Golf Team Championships will also build on Scotland’s reputation as the perfect stage for major events such as The Open, Scottish Open and Women’s British Open as well as major one-off events like The Ryder Cup and The Solheim Cup.

Aileen Campbell MSP, Scottish Government Minister for Sport, said: “Gleneagles has staged many prestigious golf tournaments through its history and was the home to what many regard as the best Ryder Cup ever in 2014. In 2018 Gleneagles will be the magnificent setting for European Championships and will see elite men and women golfers compete together for the first time.

“In 2014 the Ryder Cup players spoke about the top class facilities, an enthusiastic and knowledgeable crowd and left with good memories and we know it will be the same for those taking part in the inaugural European Championships in 2018.”

Councillor Frank McAveety, Leader of Glasgow City Council, said: “The European Championships will be a new highlight on the global sporting calendar, set to be played out in front of a potential television audience of up to one billion people.

“Gleneagles is a world leader when it comes to golf and we are delighted that they will play such a crucial role in the delivery of the new European Golf Team Championships, which will be a real first for world sport.

“Glasgow is the gateway to Scotland and partnerships such as this with Gleneagles will help us bring one million more people to the city as part of Glasgow’s Tourism and Visitor Plan to 2023.”

Bernard Murphy, Gleneagles’ Managing Director, said: “We’re proud to be associated with what will be a ground-breaking moment in sporting history. The event will build on Gleneagles’ long history of raising the bar in golf and breaking cultural boundaries in sport – including the first match between British and American professionals in 1921.

“We look forward to continuing that tradition at the European Golf Team Championships, when Europe’s leading men and women compete together for the first time, in what will be a real historic moment for the sport.

“We are therefore delighted to be announced as an Official Supporter of Glasgow 2018, and look forward to delivering an inspiring event that will strengthen Gleneagles’ reputation as one of the foremost golfing venues in the world.”

Attendances across Glasgow 2018 are expected to be in the region of 250,000 with registration for priority access to tickets currently available at www.glasgow2018.com for all sports including golf.