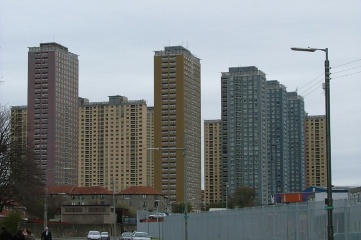 Glasgow 2014 has taken the decision to exclude the demolition of Red Road flats from the opening ceremony, concerned that public opposition might spark security incidents.

Having announced less than two weeks ago that Red Road flats would be demolished as part of the opening ceremony of the Commonwealth Games, Glasgow 2014 has abandoned the plans in the face of widespread strong feelings of opposition.

Opposition to the proposal was led by former parliamentarian Carolyn Leckie, whose online petition gathered 17,240 signatures. On hearing the news, she tweeted “huge respect to decision makers prepared to change their mind. That’s the kind of democracy I want to live in.”

The organising committee was due to meet with Leckie early this week to discuss the proposals, with the intention of standing by its bold plan. On Wednesday, a spokesperson for Glasgow 2014 told Host City: “Glasgow 2014 and Games Partners remain committed to ensuring the important story of Red Road is part of the opening ceremony of the Commonwealth Games.

“We want the story of Glasgow and Scotland to be real and authentic and reflecting the lives and history of communities such as Red Road, especially at such an important point in their regeneration.”

“We recognise the passion people feel for Glasgow and respect the wide range of views being expressed on how the city is represented in the Opening and Closing Ceremonies of the Commonwealth Games.”

On Thursday, David Grevemberg wrote to Host City readers confirming his support for the plans. “Bringing the Red Road story into the opening ceremony was opportunity to commemorate an important part of Glasgow’s social history in a unique and powerful way,” he wrote.

“There is no doubt the decision to include it in the opening ceremony is new territory. It is reflective of an opening ceremony designed to celebrate Glasgow’s authenticity, passion and ambition.”

However, in the interests of public safety, the organising committee decided to back down over the weekend. In a statement, David Grevemberg, Chief Executive of Glasgow 2014 said: “We made it clear from the outset the absolute priority was safety and that this event would only happen during the opening ceremony if it was safe to do so.

“Over the past few days it has become clear that opinions have been expressed which change the safety and security context. Glasgow 2014, Games Partners and key stakeholders, including Police Scotland and Glasgow Housing Association, are not prepared to allow what was proposed to be a positive act of commemoration to create risk for all concerned, including the communities of north east Glasgow.”

The opening ceremony will still reflect the regeneration of Glasgow, with a renewed emaphasis on public engagement. A spokesperson for Glasgow 2014 told Host City: “We are working to ensure plans for the ceremonies are properly represented and we are reviewing how we can best engage with people on this issue.

“The ceremonies create a once-in-a-lifetime opportunity to share positive aspects of city and national life with a global audience. Over coming weeks we look forward to sharing further details of the variety of different stories our Ceremonies will tell.”