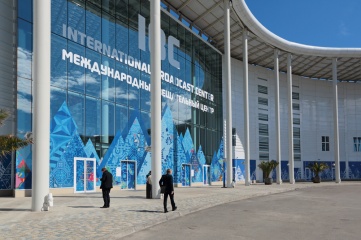 The IOC’s new approach to issuing broadcasting rights in Europe will reduce free-to-air obligations to a minimum, according to the European Broadcasting Union (EBU).

The IOC on Tuesday sold the broadcasting rights for the Olympic Games from 2018 to 2024 to Eurosport, through a competitive tendering process in which the EBU also bid.

“The EBU submitted a serious bid for the European television rights for the Olympic Games on behalf of its Members which reflected the free-to-air value of future events taking place mainly in the Asia Pacific region and thus in less attractive time zones,” the EBU said in a statement sent to HOST CITY.

“We understand that Discovery, together with Eurosport submitted a successful proposal to the IOC shaped by their strategic objective to newly position themselves in Europe.

“This development illustrates the shift in the IOC’s previous positioning of the Olympic Games as a free-to-air event that reached all of the European television audience – to a pay and other platforms event with minimum free-to-air obligations.

“Nevertheless, we congratulate Discovery/Eurosport on its successful bid – particularly as Eurosport was initially established within the membership of the EBU.”

“We are indeed concerned for audiences in our Members' countries not getting full access to all the Olympic sports at the Games, but we understand the 200 hours that must be free-to-air is the minimum set by the IOC,” an EBU spokesperson told HOST CITY.

The EBU, with 73 members in 56 countries, describes itself as the world’s most influential broadcasting union that negotiates on behalf of and advocates for the interests of public broadcasters across Europe and beyond.