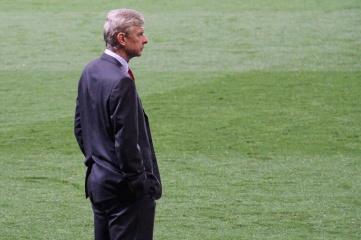 Following calls from the governing bodies of other international sports events for a wider consultation on proposals for biennial World Cups, FIFA has announced it will reveal the outcome of its consultation process to member associations at a global summit on 20 December.

The move follows calls from various stakeholders in sports, including the IOC, for a wider consultation on the proposal that would have major implications for other sports events.

At the FIFA Congress in May 2021, FIFA’s 166 member associations voted in favour of examining the feasibility of a men’s and women’s World Cup every two years.

But stakeholders in other sports have voiced concerns. In a statement on 16 October, the IOC Executive Board said:

“A number of International Federations of other sports, national football federations, clubs, players, players associations and coaches have expressed strong reservations and concerns regarding the plans to generate more revenue for FIFA.”

The statement highlighted the impact on other sports as one of the main causes for concern.

“The increased frequency and timing for the World Cup would create a clash with other major international sports,” the IOC statement said.

“This includes tennis, cycling, golf, gymnastics, swimming, athletics, Formula 1 and many others. This would undermine the diversity and development of sports other than football.”

The IOC also highlighted concerns raised by other stakeholders around gender equality and players’ welfare.

“The IOC shares these concerns and supports the calls of stakeholders of football, International Sports Federations and major event organisers for a wider consultation, including with athletes’ representatives, which has obviously not taken place.”

FIFA says it is already consulting widely on the proposal.

“We need to think about how we develop the football of the future and to ensure our sport is meaningful, exciting and robust for future generations across the entire world,” said FIFA President Gianni Infantino after a FIFA Council online meeting on 20 October 2021.

“This is not necessarily the case today, and as the international match calendars are not decided beyond 2023 and 2024 for women’s and men’s football respectively, this is a crucial moment to ensure the further development of our sport across all 211 FIFA member associations. As mandated by the recent FIFA Congress, FIFA is considering all opinions in an inclusive and thorough consultation process.

"As world football’s governing body, it is FIFA’s responsibility to stimulate such a debate, and I am encouraged by the healthy exchanges that have been made to date from all sides,” the FIFA President added.

“Everyone should have their voice heard, and precisely through the consultation process, I have discovered that many stakeholders have never had the opportunity to discuss this topic properly. This consultation process is addressing that, and we will continue with the objective of reaching a consensus with solutions that work for everyone’s benefit. By hosting a global summit later this year, we will now have the opportunity to present one plan and to provide feedback to all our FIFA member associations.”

FIFA says its 211 member associations will now discuss the proposals in the coming weeks “with the objective of reaching an agreement on the structures of club and national team competition windows within the international match calendars for women’s and men’s football.”