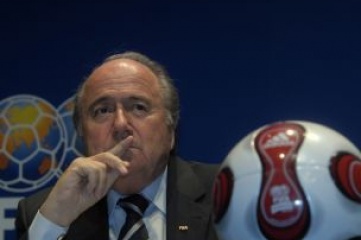 On the day of the deadline for candidates to the FIFA presidential election, HOST CITY gives a snapshot of the strengths and challenges faced by the possible contenders

The presidents of the world’s 209 Football Associations will elect the president of FIFA at the FIFA Congress on 29 May.

With FIFA’s continental “confederations” holding great sway over voting intentions, and with all of these confederations bar UEFA said to be supporting Sepp Blatter, the incumbent president looks set to secure a historic fifth term.

Candidates must state their intention to run for president on 29 January, with the support of five nominating member associations. Are there any serious challengers in the mix?

Core message: Says he is on a mission to complete the reform process initiated in 2011

Challenges: FIFA enduring external pressures and the emergence of Prince Ali of Jordan as a challenger demonstrates that internal discontent is not limited to Europe.

Core message: To remove elitism and global imbalance from the administration of football.

Strengths: Says he is close to gaining the five required nominations.

Challenges: Time is running out and a host of other, more outspoken candidates have emerged.

Challenges: Has yet to confirm whether he has the number of nominations required. His message of reform is echoed by those of other candidates who have since entered the race.

Core message: To restore democracy, transparency and equality to FIFA

Core message: To normalise, modernise FIFA and regain public trust. Presenting himself as the only credible opponent to Blatter.

Support: Has the required five nominations, including support from Scotland.

Challenges: Other European candidates offering a message of reform and transparency could split the vote, if they gain the required nominations. Support outside Europe is limited.

Support: Has the required 5 nominations.