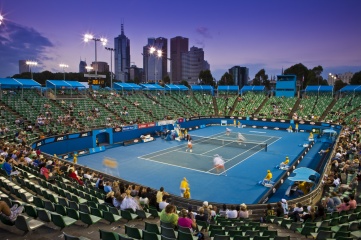 Eurosport’s rights to broadcast the Australian Open in Europe have been extended to 2021, with additional exclusive live rights to key warm-up tournaments across all screens

”The Australian Open is much more than just the first Grand Slam of the year,” Tennis Australia CEO Craig Tiley said.

“It marks the start of the global annual sporting calendar through four weeks of world class events during Australia’s summer of tennis. As such, we are delighted to have taken our relationship with Eurosport and the Discovery Group to a new level.”

“Fans will now be able to follow in one place the exciting journey we take every year – from Brisbane and Perth, Sydney to Adelaide and culminating in Melbourne at the Australian Open.

Eurosport will broadcast 300 hours of live coverage on Eurosport’s TV channels and, for the first time, live online coverage of available matches from each event as produced by Tennis Australia.

“As viewing habits consolidate through multiple screens, compelling engagement through online platforms is at the heart of this new deal,” said Tilley.

“We’ll deliver fans more and better content than ever before, both on and off the court, when and where they want it.”

All Australian Open matches in 2016 will be available live on Eurosport Player, the online broadcast platform that achieved record-breaking viewing figures for the French Open and the US Open.

Peter Hutton, Chief Executive Officer, Eurosport said: “The Australian Open is a lynchpin in Eurosport’s extensive portfolio of leading tennis properties and has been so for over 20 years.

“Eurosport is dedicated to securing exclusive must-have sports and also building and amplifying key existing partnerships, as we are doing with Tennis Australia by securing additional live rights that give the channel a whole month of exclusive top class tennis.

“This helps Eurosport tell a compelling story and, along with planned enhancements in our on-site production, will result in an exciting viewing experience for tennis fans across the continent.”