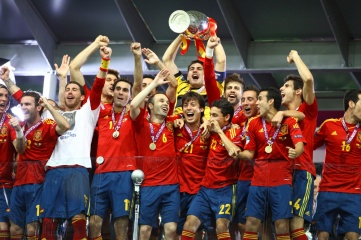 The 10 French cities to have been awarded hosting rights for the Euro 2016 national team football tournament will receive an additional funding package of €20m ($25.6m) from European football’s governing body Uefa.

Half of the money is set to be released for immediate use, with the remaining €10m handed over when the tournament concludes. Uefa’s additional funding package will be used to develop new sports facilities close to the urban populations of the host cities. The funds will not be directed towards stadium development for Euro 2016, the cost of which is currently estimated to stand at €1.7bn.

A resolution to the contentious issue of host cities seeking additional financial support was reached at a meeting of the Euro 2016 steering group in Bordeaux. According to French newspaper L’Equipe, Uefa initially offered no additional funding as the cities aimed to secure €10m each.

Quoted on Uefa.com, Alain Juppé, Mayor of Bordeaux and president of the Club des sites – the host cities' association – pointed out that an allocation of tickets for underprivileged youngsters will further enhance the social benefit of Euro 2016.

He said: “It is a gesture from Uefa following our request and is designed to facilitate the social acceptability of the event. The 10 cities are full of enthusiasm and approved this proposal unanimously. I wish to stress that beyond this €20m, Uefa will rent the stadiums throughout the competition and has decided to allocate 20,000 tickets to underprivileged young people. The help given will probably amount to around €50m.”

Uefa president Michel Platini was pleased to have reached a satisfactory conclusion to the dispute.

“Any potential misunderstandings have been resolved,” he said. “Everything is fine and we are all satisfied. I am very happy, particularly because not since 1998, when I was co-president of the organising committee of the (Fifa) World Cup in France, have we felt the love and desire that exists for Uefa Euro 2016.”

Lens, Lille, Lyon, Marseille, Nice, Paris, Saint-Denis, St-Etienne and Toulouse will join Bordeaux in hosting matches at Euro 2016 - the first edition of the tournament since Uefa decided to increase the number of teams at the finals from 16 to 24.

Uefa announced last month that Wembley Stadium in London will host the semi-final and final of Euro 2020 as part of a one-off staging model for the event.