Home
»
News
»
Diving set to stay in the Commonwealth Games 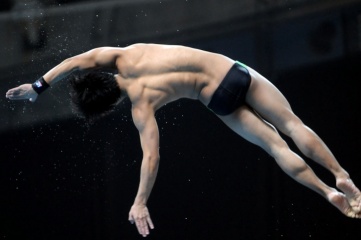 The Commonwealth Games Federation has proposed that diving stays in the sports programme under the latest draft of Transformation 2022, which aims to create “inspiring and innovative Games”

The proposed changes to the sports programme form part of the CGF’s “Transformation 2022” programme of renewal.

“Are we being inspiring and innovative in our decisions on the sports we have on the programme? Are we driving efficiency and effectiveness to the delivery of this event? Are we looking at affordability and appeal in getting those balances right? Those are the three elements we’re looking at in terms of driving our overall Games proposition to have more inspiring and innovative Games, so the sports on the programme are starting to reflect that,” CGF CEO David Grevemberg told HOST CITY on Wednesday.

In its first draft of Transformation 2022, the CGF proposed reducing the number of optional sports – including diving – from 20 to 10, while increasing the number of compulsory sports from 16 to 10.

The latest version, which has been circulated to the Commonwealth Games Associations in advance of the CGF General Assembly, retains diving as an optional discipline.

“The sports that are on the compulsory programme need to be Commonwealth sports – meaning they need to have the technical engagement, the developmental prioritisation, to promote and enhance their reputation through this partnership and this movement.

“That’s to make sure the compulsory sports programme reflects the Commonwealth’s greatest athletes but also has the commercial attractiveness across the structure. So we’ve given enough flexibility; we have a strong proposition within the compulsory programme.

“At the same time you’ve got these optional sports and disciplines. Track cycling is on the programme; it’s popular in the Commonwealth setting, but the cost and affordability of Velodrome and how widely and regularly practiced those sports are in the Commonwealth and to what level…

“In our last proposition we also included diving, and this will be voted on by the membership in about two and half weeks.”

Transformation 2022 that will be voted on by the CGF membership in Auckland on 1-2 September, when Durban is set to be confirmed as the host city of the 2022 Commonwealth Games.

“There are really exciting debates, discussions and deliberations to go through, to make sure we are all aligned around moving that forward,” said Grevemberg.

David Grevemberg is to speak at HOST CITY 2015 in Glasgow 9-10 November on the session: How Cities and Events Innovate to Thrive.