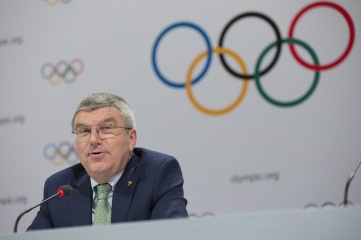 The IOC has awarded the broadcasting rights for the Olympic Games from 2018 to 2024 to Dentu in Asia, following similar deals in Europe and the Middle East

Japanese media giant Dentsu has been awarded the exclusive broadcasting rights for the Olympic Games from 2018 to and 2024 in 22 Asian countries.

In a statement, the International Olympic Committee (IOC) described Dentsu as the “exclusive gatekeeper for broadcast rights” in all languages and all media platforms, including television, radio and the Internet.

IOC President Thomas Bach said: “This agreement ensures Olympic broadcast coverage for fans across the region, including on free-to-air television. Having begun our broadcast relationship with Dentsu at the Olympic Winter Games Sochi 2014, I am pleased we will continue through to 2024.”

Kiyoshi Nakamura, Executive Officer of Dentsu said: "Following the acquisition of the broadcast rights for the 2014 and 2016 Olympic Games and Youth Olympic Games in Nanjing, we are delighted to strengthen the ongoing relationship between the IOC and Dentsu through the distribution of the broadcast and exhibition rights for all the Olympic Games until 2024. We are dedicated to contributing to the long-term development of the Olympic Movement and to deliver the excitement of the Olympics to the fans in these Asian countries and territories.”

IOC Vice-President Zaiqing Yu, Delegate IOC Member for Broadcast Rights in Asia, said: “Dentsu has a good understanding of the region’s commercial and broadcast environment, and their expertise and insight will help the Olympic Movement develop its presence and ensure excellent Olympic broadcast coverage of future Games.”

The agreement follows the IOC’s recent awarding of 2018-2024 broadcast rights to Eurosport in Europe and beIN in the Middle East.