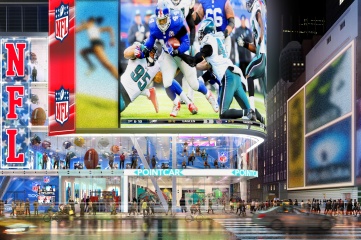 Following his participation in Host City 2017, Nick Prichard of Cirque du Soleil writes about the importance of matching local culture to event goals

This article follows our involvement on a panel discussing the topic of “Creating entertainment hubs and cultural meccas” at the Host City conference and exhibition in November 2017.

The debate at the conference emphasised the importance of location integrity and matching strategic local cultural goals to event goals in the creation of successful “go to” events, wherever they are located in the world.

Our experience in all we do proves these conclusions. First up, Cirque was formed from within the long-established Montreal creative street entertainment community. This gave us artistic credibility and sector integrity from day one for our Circus inspired shows. This allegiance to Montreal and the strong “alternative street-scene” there has been core to our offer as we expanded and grew.

Our Head Office is still based in Montreal. As an Englishman when visiting this HQ, it also helps when immigration officials ask, “reason for your visit”. When replying I always mention, “work with Cirque”, which causes the officials to visibly swell with pride and wave me through!

Cirque has definitely added to Montreal’s cultural reputation. It often appears on lists of ‘the World’s most reputable cities’, vying for top 10 positions with cities that are far larger.

All Canadians, (not just those handling immigration,) now see the city as what Forbes magazine has termed the “cultural epicentre of the country.”

This claim for culture may not be so easy to extend to our other important entertainment hub– Las Vegas!

We have over 3,000 staff located there, running up to eight shows more suited to the unique “local cultural goals” that only Vegas can deliver. Our ‘Michael Jackson One’ musical plays to packed houses twice a day at the Mandalay Resort & Casino.

In the decade we have been in Vegas, Cirque has definitely contributed to the city’s long established “Big Show” entertainment reputation, even if this may seem at odds with the more bohemian Montreal hub.

Another core part of the Cirque offer is our touring shows. We have between six and eight shows on the road, at any time, performing shows all over the globe.

According to our twitter feed today (January 2018) we have shows in Rio, Beijing, London, Los Angeles, Pittsburgh, Dubai and Panama City.  They will remain in a city for between one week and six months and continually tour the globe for up to eight years.

These are a mixture of arena-based shows, such as the Albert Hall when in London, and performances under the big top. We have recently added ice skating arenas to this roster with our newest show based on ice, “Crystal”.

Every show is a self-contained mini village – a mobile entertainment hub, if you will.

Most recently Cirque has added a new provision to our offer - one that builds on our ability to create, stage and sell entertainment that is relevant to today’s media savvy and entertainment hungry consumers.

We are developing partnerships with locations, entertainment organisations or rights holders who wish to develop their own experiences, whether branded or not.

The NFL X on Times Square in New York is our most recent example of this offer. We have developed, in close co-operation with the NFL a four story, 40,000sq foot, interactive and immersive series of exhibits. Check out https://www.nflexperience.com

The NFL X adds to the Times Square integrity by adding to its status as a “must-see” destination within one of the World’s most famous cities. It also fits within New York’s unique cultural offer – being brash, loud and original.

Nick Prichard is part of the Cirque du Soleil Global Alliances team. He is currently developing the new Experiential provision with a number of Host Cities, Sports Rights Holders and Brands. To find out more please contact him on nick.prichard@cirquedusoleil.com