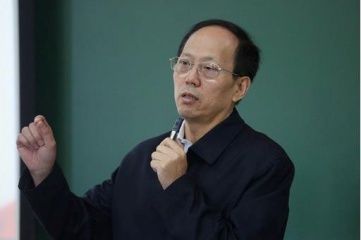 Gou Zhongwen, director of China's General Administration of Sport, has been named president of the Chinese Olympic Committee (COC).

He succeeds Liu Peng, who has served as president of the COC since 2005 and is now honorary chairman.

The appointments were made at the COC session in Beijing at the end of 2016 and announced by state media agency Xinhua.

In November 2016, the 59-year-old Guo was appointed director of China's General Administration of Sport following Liu’s retirement from this position at the age of 65. In April 2016 he was appointed deputy secretary of the Communist Party of China's Beijing municipal committee.

In 2008, Guo was appointed vice-mayor of Beijing in 2008 responsible for education and technology. He also ran the leading group for Beijing's campus soccer development.

He was deputy head of the Ministry of Industry and Information Technology from 2002.