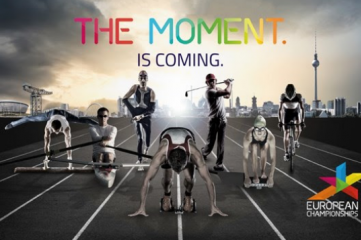 300 hours of programming will be delivered to a potential worldwide audience of one billion people.

International broadcasters came together this week to meet with Eurovision Production Coordination (EPC), host cities Berlin and Glasgow, and the seven participating European Sports Federations for a world broadcaster briefing ahead of the inaugural multisport European Championships in August 2018.

The working session, complemented by site visits at some of the main event venues, is a major milestone in developing up to 300 hours of programming delivered to a potential worldwide audience of more than one billion people.

EPC introduced its international signal production plans and gave an overview of the content, venue and network services to be offered to rights-holding broadcasters, including integrated digital solutions to support first- and second-screen programming.

With the meeting in Glasgow, the participating broadcasters visited some of the key venues including Glasgow's Tollcross International Swimming Centre (Aquatics), Emirates Arena (Track Cycling at the Sir Chris Hoy Velodrome), and SSE Hydro (Gymnastics), as well as Strathclyde Country Park in North Lanarkshire (Rowing and Triathlon).

In Berlin, the Olympic Stadium will be the venue for the European Athletics Championships with the road races and race walking events held throughout the city.

The venue tour also covered George Square and Glasgow Green, along with a visit to BBC Scotland’s facilities, where Eurovision Production Coordination will set up the Broadcast Operation Centre (BOC) during the event. A similar facility, the International Broadcaster Centre (IBC) will be in Berlin, next to the Olympic Stadium.

The three-day meeting also offered an opportunity for broadcasters to meet with the Glasgow and Berlin local organising committees and Federation representatives.

“As the Broadcast Partner and Host Broadcaster for the upcoming European Championships, we are pleased to see such strong interest coming from the broadcasting community for this milestone event,” said Stefan Kuerten, Director of EBU Sport. “We've received positive feedback from rights-holding broadcasters and will continue working with all parties to provide the overall production and technical solutions for broadcasters to showcase engaging content for audiences.”

Earlier this year, the seven European Federations, Host Cities Glasgow and Berlin, and the EBU agreed on a sports competition schedule that will run from Thursday, August 2 to Sunday, August 12 2018 with a compelling 10 days of television coverage starting Friday, August 3.