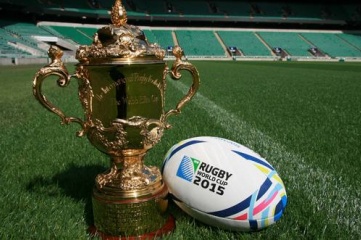 Six months before the kick of Rugby World Cup 2015, World Rugby chairman Bernard Lapasset has predicted that the tournament will break boundaries on all fronts

"With six months to go, Rugby World Cup 2015 is in record-breaking shape and we are confident of a very special event that will capture the imagination on and off the field,” he said.

"Even before England and Fiji meet in the opening match on 18 September, England 2015 will have raised the bar on several fronts, reflecting a sport that continues to grow at record pace around the world and the exceptional standard of organisation and delivery across all partners.

"The event has captured the imagination like no other and demand for tickets has been unprecedented. From public sales to the official travel and hospitality programmes, we are anticipating record numbers as fans from around the world join those across the UK in celebrating rugby and friendship.”

In addition to tickets sold directly via the rugby world cup website, more than 170,000 tickets have been sold in 60 nations through official travel agents. This is 50 per cent more than the total sold for New Zealand 2011 and already close to France 2007’s tally of 184,000.

In total, 500,000 of the 3 million tickets available are expected to be sold to overseas fans.

"Across 44 days and 48 matches the Rugby World Cup 2015 story will be told in more nations than ever before: audiences in 207 territories will be inspired by new broadcast, social and digital innovations, while a record family of commercial partners will also project rugby to new audiences,” said Lapasset.

The sponsorship programme has already broken records, with six worldwide partners signed faster and at a higher value than ever before.

The revenues will be welcomed by World Rugby, which is in the process of investing heavily in the growth of the sport worldwide.

"All of this is great news for rugby worldwide as Rugby World Cup is the financial driving force behind the growth of the sport, underwriting £330 million of investment in rugby by 2016."

The host nation also stands to benefit to the tune of GB£1bn, according to an economic impact study by EY, which is supplying financial services to the tournament.

Lapasset praised the organising committee and the national governing body, the RFU for their achievements.

"A tournament of this scale and stature cannot be delivered without a shared vision and strong partnership and I would like to thank England Rugby 2015 and the RFU for their continued focus on ensuring a superb event on and off the field.”

The RFU is investing GB£10m community clubs and GB£1m into coaching and refereeing courses. The RFU is also aiming to attract 5,000 volunteers in England.

Tournament Director Alan Gilpin said: "Players are at the heart of Rugby World Cup 2015 and the facilities in stadia, at the training venues or team bases will be of an exceptional standard. They will have everything they need to perform to their potential on the world’s greatest rugby stage.

"It will be the same for fans from the in-stadia experience to fan-zones, broadcast and social media and we look forward to welcoming everyone in joining us to celebrate what promises to be an unforgettable and very special Rugby World Cup."