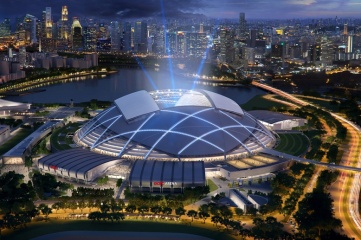 The International Olympic Committee (IOC)’s Worldwide IT Partner, Atos, has been appointed chief systems integrator for the 28th Southeast Asian (SEA) Games, which takes place in June 2015 in Singapore.

Atos will design, build and operate the technology infrastructure and IT systems for the Games, as well as managing and integrating the contributions of all technology partners to deliver the Games in a seamless and secure manner.

Atos will draw on its many years of experience of providing technology for the Olympic Movement, including 12 years as the IOC’s Worldwide IT Partner. The company’s most recent project was the Sochi 2014 Olympic Winter Games.

“There is no other sports IT project of this magnitude and complexity,” said Herbert Leung, CEO of Atos in Asia Pacific. “Each Games has been a steep but rewarding learning curve for Atos, as we overcame the myriad of challenges unique to each new location and deliver on an extraordinary scale as the entire world watched on.”

Atos delivered the IT infrastructure and systems during the inaugural Youth Olympic Games in 2010 in Singapore. Leung said “We look forward to working closely with SINGSOC again to deliver a seamless regional sporting event against the backdrop of Singapore’s brand new Sports Hub in Kallang whilst showcasing our expertise.”

Mr Toh Boon Yi, Chief of Community & Corporate Outreach, SINGSOC said “We are pleased to be working with Atos Information Technology in hosting a major multi-sport event for Singapore once again.

“As we prepare for the upcoming SEA Games in 2015 we are confident that Atos has the specialist skills to raise the bar and help us deliver an extraordinary regional sporting event.”

Atos has also recently signed a sponsorship agreement with the 2015 Pan American Games in Toronto, Canada. As Worldwide IT Partner of the IOC, the company is contracted to provide IT services for the next five Olympic Games.

The 28th SEA Games will be held from 5-16 June 2015, with Singapore Sports Hub as the main venue. The Games is held in conjunction with Singapore’s 50th anniversary and will host more than 7,000 athletes and officials from 36 sports. Singapore last hosted the SEA Games in 1993.