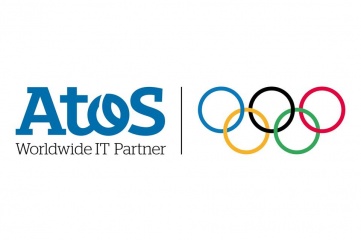 Atos, the Worldwide IT Partner for the Olympic Games, announced on Wednesday that it has delivered the cloud IT infrastructure that will be used for the Pyeongchang 2018 Winter Olympic Games.

The system represents a significant step forward in the digitisation of the Olympic Games as it extends the use of cloud to most applications.

“The delivery of the secure cloud, IT infrastructure to support all Olympic Games from 2018 is a major milestone in our digital transformation,” said Jean-Benoît Gauthier, Technology Director at the International Olympic Committee (IOC).

“Cloud is a perfect fit for the Olympic Games and we are delighted to be working with our long-term Worldwide IT Partner on this important project that will benefit all those who participate in the Games – media, athletes and spectators.”

The new secure cloud IT infrastructure, powered by Atos’ strategic partner EMC, will be used to test and run IT applications used to distribute results to the media worldwide.

The converged infrastructure solution, which uses Atos’ Canopy Enterprise Private Cloud and VCE’s Vblock System, can support other businesses on their journey to cloud.

The system will be first to test the competition schedule and the workforce management systems that will be used by the Pyeongchang 2018 Organising Committee from the end of 2015.

The capacity of the cloud solution can be increased and decreased according to the demands of the different stages of event delivery.

In September 2015, cloud capacity will increase to perform technical testing proving the solution can support the expected demand through the project, and then decrease to support the limited production needs at the early stages of the project.

Around two years before the Games, capacity and bandwidth will be increased again to cover the high level of demand for thousands of volunteer requests as the volunteer portal goes operational.

“The move to the cloud brings many benefits for the Olympic Games. It takes away the need to rebuild an entire infrastructure for each of the Games, which is both timely and costly,” said Patrick Adiba, group chief commercial officer, CEO of major events at Atos.

“It also helps the IT team to react faster and to anticipate new needs and perhaps most importantly, it provides flexibility. As the Olympics does not need to operate at full capacity all the time, a cloud infrastructure will enable computing power to be scaled up and down to meet demand and ensure the best experience for users.”