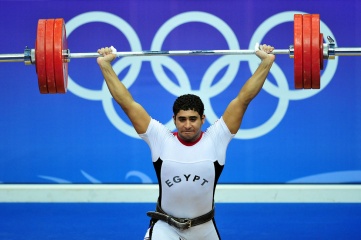 Weightlifting was the tenth and latest Olympic sport to suspend its membership of SportAccord (Photo: IOC)

As Olympic sports federations continue to leave SportAccord, its president Marius Vizer has requested to meet with ASOIF and the IOC president Dr. Thomas Bach

As relations between SportAccord and Olympic sports federations continue to deteriorate, SportAccord’s president Marius Vizer has requested meetings with the Association of Summer Olympic International Federations (ASOIF) and the president of the International Olympic Committee, Dr. Thomas Bach.

The meeting requests are a response to a letter from ASOIF president Francesco Ricci Bitti sent Vizer yesterday, in which he said ASOIF was suspending relations because SportAccord is not necessary for Olympic sports.

“In order to define the way forward and relieve pressure from the IFs, I have decided to confirm meeting dates with ASOIF and have launched a meeting proposal with President Bach, a meeting which I believe needs to be held for the benefit and the unity of the Sports Movement,” Vizer said in a statement.

HOST CITY contacted ASOIF’s director Andrew Ryan, who confirmed that a meeting with Vizer is being considered.

“We have had a response proposing dates; we’ve got to now see which dates we can find time to get together,” Ryan told HOST CITY.

“We suspended our relations with them and now we have to sit together and discuss what the future holds.

“The letter makes the ASOIF position very clear; we can’t in any way make it more clear. At the moment there’s nothing more to say. Everything that needs to be said was put in the letter yesterday.”

Whether IOC president Bach will want to meet with Vizer, who criticised him publicly a month ago at SportAccord Convention in Sochi, remains to be seen.

"We read Mr. Vizer's comments and press release in the media. The IOC President has responded directly to this letter before making any public comment," and IOC spokesperson told HOST CITY.

Since SportAccord Convention, ten summer Olympic sports federations and their primary representative body, ASOIF, have suspended their engagement with SportAccord.

Despite the exodus of Olympic sports federations, Vizer said the number of applications for SportAccord membership has actually increased over the last month.

SportAccord is the union of Olympic and non-Olympic international federations.

“SportAccord continues and will continue to provide services to empower the International Federations and to defend their interests,” Vizer said.