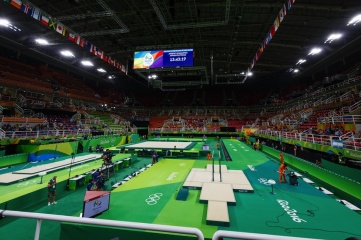 In the light of Olympic Agenda 2020, the International Olympic Committee’s (IOC) strategic roadmap for the Olympic Movement, IFs are required to be more involved in the planning and delivery of the Olympic competitions, including the transfer of some technical responsibilities from the Olympic Games Organising Committees (OCOGs) to the IFs.

This comes after a number of IFs expressed concern over venue standards during the run-up to the 2016 Olympic Games in Rio de Janeiro. In April 2016, the gymnastics federation, FIG, held its Rio test event and concerns were raised over power outages, the scoring system and missing equipment at a temporary training venue.

The ultimate goal is to better utilise IFs’ growing events expertise and thereby ensure seamless organisation and a reduction of costs of the Olympic Games, for instance when it comes to venue design and development or the integration of IF workforce personnel into the OCOG.

IOC experts joined in the AOMSG meeting to update the group on the preparations for the Youth Olympic Games (YOG) to be held next year in Buenos Aires and about future plans for the development of the event.

During a detailed review of the YOG concept last year, driven by Olympic Agenda 2020, IFs gave important feedback on their experience with the first two summer YOG editions.

The IOC will deliver a report to all ASOIF members during a dedicated working meeting in Lausanne in April.