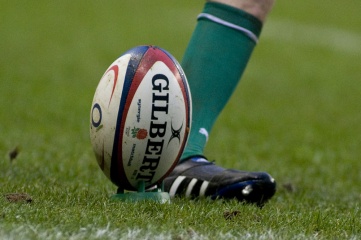 Organisers of the 2015 Rugby World Cup in England have revealed that 20,000 applications have been received for 6,000 volunteer positions for the rugby union tournament.

Organisers of the 2015 Rugby World Cup in England have revealed that 20,000 applications have been received for 6,000 volunteer positions for the rugby union tournament.

With the application deadline having closed, organisers will sift through the contenders by holding a series of selection events between now and December.

About 4,500 volunteers will be recruited from English and Welsh rugby clubs with the remaining 1,500 places to be given to members of the public.

The host cities for the tournament are now in the process of staging the try-outs, with the successful applicants to join the volunteer team, which will be known as ‘the pack’.

“The pack will be made up of 6,000 volunteers so we had approximately 20,000 applications and we are going to interview 10,000 of those. That will break down into 6,000 that will make up the volunteers,” try-out team manager Mary Cahill said.

The volunteers will perform various roles during the six-week tournament, including working in transport and accreditation services.

The UK public’s appetite for major sporting events has been whetted by the recent 2014 Commonwealth Games in Glasgow, Scotland and the 2012 Olympic and Paralympic Games in London, England.

More than 50,000 people applied for 15,000 volunteer positions for the Glasgow Commonwealth Games, while more than 240,000 applications were received for the 70,000-strong volunteer programme at London 2012.

The 2019 edition of the event will take place in Japan, with the host of the 2013 Rugby World Cup yet to be decided.