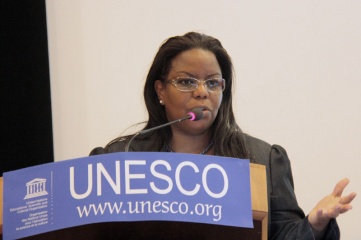 Zimbabwe is making good progress as it prepares to host UNESCO Africa Engineering Week from 14 to 19 September, according to a senior World Federation of Engineering Organisations official.

"I'm quite pleased with the progress made so far," he told national newspaper The Herald.

"I believe in Zimbabwe and the country has shown a lot of potential in terms of hosting conferences of this nature.

"Zimbabwe is ready to host the event and I believe the local team will work hard to make this event a success."

Victoria Falls, the country’s leading resort, won the bid to host the second edition of the international event.

According to UNESCO, Africa Engineering Week aims to educate youth and the general public about engineering through outreach activities such as educational workshops, public awareness events, mentoring activities and university events that show how engineers are key players in the solutions to important global challenges, such as climate change mitigation and adaptation.

A conference on the theme of "Engineering Innovation for Accelerated Infrastructure Development for Africa", which aims to raise the profile of the profession, is expected to attract more than 500 delegates from outside the host nation.

"Preparations are going on very well even though a lot of work needs to be done to promote the event," Eng Martin Manhuwa, president of the Zimbabwe Institution of Engineers told The Herald.