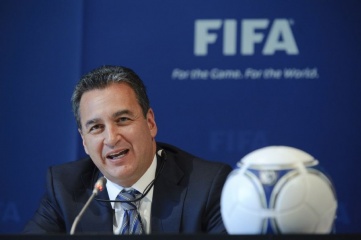 The author of the ethics report investigating the bid process for the 2018 and 2022 World Cups says his findings were misrepresented in the judge’s summary, which exonerated Qatar and Russia while chastising England

The findings of FIFA’s long awaited ethics report into the bidding process for the 2018 and 2022 World Cups were announced today (Thursday), with the judge’s summary saying there was limited evidence of improper conduct. However, the investigator who produced the report says the summary misrepresented his facts and made erroneous conclusions.

In his summary, Judge Hans-Joachim Eckert concluded that there was not enough evidence to remove Russia or Qatar’s rights to host the World Cup or reopen the process, saying that any breaches of rules by bidding nations had only a “limited scope”.

Michael Garcia was hired by FIFA 18 months ago to find out the truth about widespread allegations of collusion and bribery in the bidding process that saw Russia and Qatar win the hosting rights to the 2018 and 2022 World Cups respectively.

“Today’s decision by the Chairman of the Adjudicatory Chamber contains numerous materially incomplete and erroneous representations of the facts and conclusions detailed in the Investigatory Chamber’s report,” he said on Thursday. He is now expected to appeal to FIFA’s ethics committee.

In his 42-page summary of Garcia’s 430-page report, Eckert said that concerns over the activities of bidding nations were “limited” and not sufficient cause to question the outcome of the election.

“England’s response to Mr Warner’s – improper – demands, in, at a minimum, always seeking to satisfy them in some way, damaged the integrity of the ongoing bidding process. Yet, such damage was again of rather limited extent,” said Eckert.

“We cooperated fully with the Ethics Committee’s investigation and continue to believe that a fair and appropriate review will demonstrate the integrity and quality of our bid,” said the Qatar 2022 Supreme Committee for Delivery and Legacy said in a statement.

“FIFA welcomes the fact that a degree of closure has been reached with the chairman of the adjudicatory chamber stating today that ‘the evaluation of the 2018/2022 FIFA World Cup bidding process is closed for the FIFA ethics committee. As such, FIFA looks forward to continuing the preparations for Russia 2018 and Qatar 2022 which are already well underway,” said FIFA’s statement.