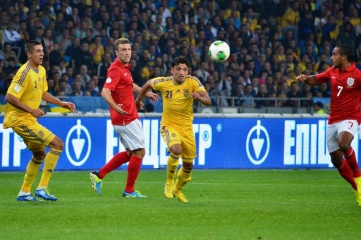 England will host the finale of Euro 2020

Wembley Stadium in London will host the semi-final and final of the Euro 2020 international football tournament, the sport’s European governing body, Uefa, announced this (Friday) lunchtime.

Earlier this month, DFB general secretary Helmut Sandrock revealed that a deal had been discussed with the FA whereby the German bid for the final games of Euro 2020 would be scrapped if England agreed not to bid for Euro 2024.

Germany wants to host Euro 2024 in its entirety while England is interested in hosting the whole of Euro 2028 after Euro 2020 is staged in multiple countries across the continent.

Munich did secure a package of three Euro 2020 group games and one quarter-final alongside Baku (Azerbaijan), Rome (Italy) and Saint Petersburg (Russia).

“This bidding process was open to more than 50 Uefa countries so for Wembley to be ultimately recognised in this way is testament to a lot of hard work behind the scenes,” FA chairman Greg Dyke said.

“We are proud of the FA’s bid and particularly its strong commitment to our ‘football for everyone’ goal. Making Uefa Euro 2020 a tournament that is open and inclusive was a huge focus.

“The bid was about working with Uefa to celebrate young people, develop our grassroots volunteers and demonstrate the determination for all England teams, men’s and women’s, to compete at the top level.

“This was recognised by the leaders of all three political parties, the Mayor of London, the Sports Minister and everyone who contributed in putting the bid together.

“Having seen the impact that a home Olympic Games had on young sportsmen and women in our country, I hope that Uefa Euro 2020 serves as a similar incentive for our most promising players to realise their full potential over the next six years.”

The next edition of the tournament in 2016 will herald a new era for the tournament, with France hosting 24 teams – up from the 16 that competed at Euro 2012, which was co-hosted by Poland and Ukraine.