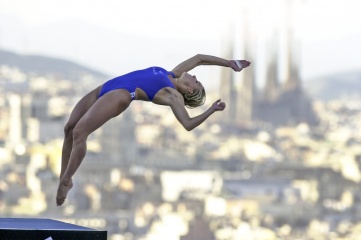 The event presents an opportunity to showcase the city (Photo: Paolo Bona / Shutterstock.com)

The bidding process for the 2021 and 2023 FINA World Championships is underway, with ten cities from seven countries across four continents having expressed an interest.

Budapest had originally been selected for the 2021 Games, but its hosting was brought forward to 2017 when Guadalajara, Mexico pulled out of hosting the 2021 edition.

FINA said it is in discussions with each of the potential candidates, providing them with all the necessary information to plan their proposals.

An information meeting will take place on 30 June 2015 for nations and cities that have shown an interest in bidding.

FINA said it hopes to announce the chosen host cities of the 2021 and 2023 FINA World Championships by the end of 2015.

“We are delighted with the strong level of interest from a number of different cities who want to host swimming’s showcase event,” said FINA President, Dr. Julio C. Maglione.

“I believe that they are all attracted by the evidence that the FINA World Championships brings clear economic, social, cultural, tourism and sports impacts to every host city. There is a measurable benefit through better youth and community facilities, through high-performance opportunities, and through showcasing your city to a global audience.”

The 2015 FINA World Championships will take place in Russia for the first time on 24 July to 9 August 2015, in the city of Kazan. 2,200 athletes from a record 188 countries have registered so far.

FINA, the Fédération Internationale de Natation, is the governing body for aquatics worldwide. Its five disciplines – swimming, open water swimming, diving, water polo and synchronised swimming – are all included in the Olympic programme.