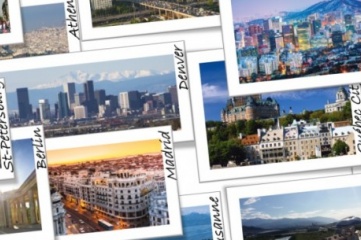 With Lausanne recently confirmed as the location for the next SportAccord Convention, set to take place 17-22 April 2016, the organisation has now officially opened the application process for future host cities of the Convention in 2017 and 2018.

With Lausanne recently confirmed as the location for the next SportAccord Convention, set to take place 17-22 April 2016, the organisation has now officially opened the application process for future host cities of the Convention in 2017 and 2018.

Held in a different city every year, the annual SportAccord Convention is a unique opportunity for key decision-makers from sport and industry to meet, network, and strategically shape global, regional and national agendas. As the premier event connecting sport and industry, approximately 90% of the participants are high-profile leaders, who seek to further the development of sport in an intimate and exclusive environment. In turn, this garners much attention and places cities firmly in the spotlight.

“The SportAccord Convention is an important event in the sporting calendar for industry, International Sport Federations and organisations worldwide, so the earlier we start the bid process for the involvement of future cities, the better. The Convention provides an ideal platform to get business done - much is achieved in a short space of time - and for many organisations, the same opportunities may not present themselves as easily throughout the year.” Hatt went on to say:

“We are inviting cities to apply to become a host city in 2017 or 2018, and take advantage of the opportunities gained by being involved in this unique event”.

The place Where Sport Meets, the SportAccord Convention is an exclusive 6-day event and attended by 2000 delegates. It is host to annual general meetings, a themed conference including City Forum, LawAccord and MediaAccord, as well as a Plenary Conference. An Exhibition is also held within the Official Programme and is represented by industries, sport organisations, government offices, cities, event services, media, and many more. International Sport Federations also take part in the Sports Demo Zone, and the Convention additionally provides a strong cultural and social programme for all participants.

Cities interested in bidding to host the Convention in 2017 or 2018 should contact Nis Hatt, Managing Director, SportAccord Convention, nis.hatt@sportaccordconvention.com to register their interest by Thursday, 28 January 2016.