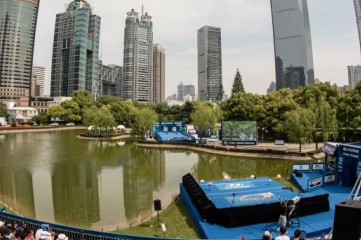 The Chinese city, which has held a stage every year since 2009, will remain on the calendar but later in 2020.

A new host for the stage is expected to be announced shortly.

The other stages of the international tour will take place as planned in Guatemala City on 20-26 April and in Berlin, Germany on 21-28 June. The Final is tentatively scheduled for 26-27 September but that date is still to be confirmed.

Shanghai has held a stage in 12 of the international circuit’s 14 seasons since 2006 but no city in China has previously hosted the Final.

World Archery had been monitoring the situation around the COVID-19 outbreak since late January. A change to the calendar was required in view of recently introduced travel restrictions on athletes and officials, and the packed international schedule.

World Archery secretary general Tom Dielen said: “World Archery is pleased to be taking the Hyundai Archery World Cup Final to China and the Pudong New Area of Shanghai in particular. Current circumstances meant a change was necessary but we see this as an extremely positive outcome for the athletes and sport.”