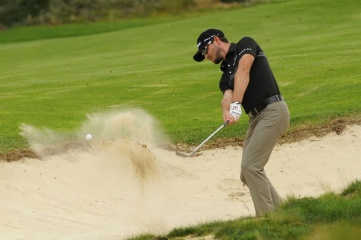 The race to host the 2022 edition of golf’s Ryder Cup in Europe has intensified after seven countries declared an interest in staging the event.

Official bids are now due to be submitted by February 16 and the host nation is expected to be confirmed next autumn.

“We are absolutely delighted at the level of interest we have received from across Europe in respect of hosting the 2022 Ryder Cup and we welcome each and every one of the seven letters of intent, each received through the respective national golf association, in accordance with bidding regulations,” Hills told reporters.

The Ryder Cup implemented a bidding process for the historic Europe versus USA team tournament for the first time for the 2018 event, which was secured by France ahead of rival bids from Germany, the Netherlands, Portugal, Spain and Sweden.

“The implementation of this kind of formal bidding process for the 2018 Ryder Cup marked a new era for us all at Ryder Cup Europe, and this take-up for 2022 shows that the introduction of a fair, transparent and objective methodology has been welcomed across the continent,” Hills added.

“Not only that, we feel it is a process which befits a sporting event of the stature of the Ryder Cup and, as we have consistently stated, the key criteria in place will enable us to evaluate each bid equally on both its sporting and commercial merits while, at the same time, allowing us to judge each bid fairly, thoroughly and on a level playing field.”

The biennial event rotates between Europe and the US, with the UK and Ireland having staged all of the European matches so far apart from in 1997, when Andalusia in Spain was the host.

The 2014 Ryder Cup will take place at Gleneagles in Scotland from September 26-28. In the US, Minnesota’s Hazeltine Golf Club and Whistling Straits in Wisconsin will hold the 2016 and 2020 editions, sandwiching the event’s debut in France in 2018 at Le Golf National in Paris.