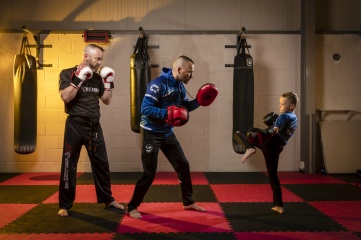 Ten events from across eight Local Authorities are to benefit from £143,500 of funding from EventScotland, part of VisitScotland’s Events Directorate

A kickboxing competition; the World Coastal Rowing Championship; a brand-new music festival celebrating the very best of The Highlands; and a special anniversary for a significant Scottish landmark are just some of the events which will benefit from a share of £143,500 from EventScotland’s National Events Programme Fund.

A total of 10 events, taking place across eight local authorities, have been awarded grants from milestone Round 40, to enhance event delivery and to further develop Scotland’s diverse events portfolio.

Paul Bush OBE, Director of Events at VisitScotland, said: “Over the years, our National Events Programme has played a crucial role in our work to increase domestic tourism across Scotland, complementing our International Programme of major events and supporting our long-term strategy of sustaining Scotland’s global reputation as the perfect stage for events.”

“It’s great to see the continued success of the programme, and we’re delighted to be able to support the ten events awarded in this latest round to develop and grow.”

Among the events to receive funding through the National Events Programme is the WKC (World Karate and Kickboxing Commission) Aberdeen Open, taking place at the AECC in May. The action-filled event, which is Scotland’s largest kickboxing competition, will offer spectators the chance to see local kickboxing talent as well as internationally acclaimed fighters from Ireland, Europe and the USA compete.  This is the first time that the WKC Aberdeen Open has received funding through the National Events Programme, with the event being awarded £5,000 to support PR and marketing activities.

Malcolm Evans, President of WKC Scotland, said: “We are extremely grateful to EventScotland for supporting The Aberdeen Open 2019, Scotland’s biggest kickboxing event. This is the fourth year of the competition and it has grown year on year to attract some of the best local, national and international kickboxers. Our main objective is to demonstrate the real benefits of kickboxing and increase public participation in the sport. The generous support of EventScotland has helped us work towards achieving this through investment in promotional activity which has allowed us to communicate the mental and physical health benefits associated with kickboxing, as well as attracting new audiences by building excitement ahead of the event on May 5.”

Also receiving funding the celebrations for The National Wallace Monument 150th Anniversary. Two special events will be held to mark the 150th anniversary of the opening of the National Wallace Monument; Wallace 150, a unique evening illumination event, marking the start of a special programme of celebrations, and Wallace Wha’ Hae, a family-friendly festival with activities themed on Wallace and his legacy. £25,000 has been awarded to the events to support the delivery of both headline events.

Ken Thomson, Marketing Manager at Stirling District Tourism said: “2019 is a really important year for The National Wallace Monument – as we mark the 150th Anniversary of the famous landmark – and we are really looking forward to welcoming everyone who joins us for the commemorative events in September.  We really appreciate the support of EventScotland – which has been invaluable in helping us to prepare for these celebrations.”

The other events to receive funding from the latest round include:

Since establishing the Programme back in 2004, EventScotland has invested more than £5.8 million into 511 events covering the length and breadth of the country. The support has allowed for the strategic development of events which occur outwith Edinburgh and Glasgow, to help drive domestic tourism, deliver economic impact for local communities and generate media profile for Scotland. It is estimated that to date the Programme has contributed £97.6 million in total to the Scottish economy.

Many of Scotland’s best loved events, including Wigtown Book Festival, Spirit of Speyside Whisky Festival and the Baxters Loch Ness Marathon and Festival of Running, have greatly benefited from the Programme’s support and have subsequently gone on to progress to EventScotland’s Beacon and International Programmes.

Malcolm Sutherland, Event Director of Baxters Loch Ness Marathon & Festival of Running, said: “The National Events Programme was instrumental in contributing to the growth and development of the Baxters Loch Ness Marathon & Festival of Running into one of the UK’s best loved marathons and Scotland’s largest participatory sporting events. We have seen very positive outcomes from EventScotland’s support over the years, with an increase in those travelling from outside Scotland to take part in the marathon and the resulting economic impact and benefits to the surrounding area of staging a high-profile sporting event.”

The National Events Programme is a strategic development programme with eligible events able to bid for a maximum of three rounds of funding. The deadline for the next round of the National Programme is 7 June 2019 with events taking place from January 2020 onwards eligible to apply. Guidelines for entry are available on www.eventscotland.org.