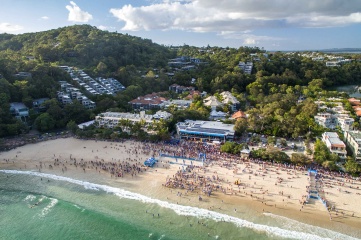 The State Government of Queensland confirmed on Monday 9th December that it has given the green light to bidding for the 2032 Olympic and Paralympic Games.

The State Government said in a statement that it “will pursue hosting the 2032 Olympic and Paralympic Games, if all levels of government get behind the State’s efforts and provide appropriate financial support”.

Premier Annastacia Palaszczuk said a detailed value proposition assessment had shown that a Queensland based Games in 2032 could deliver significant economic and community benefits for the State.

“This is about so much more than a few weeks of sport,” she said.

“Hosting the 2032 Olympics and Paralympics could be a game changer and deliver 20 years of accelerated opportunity for our State.

“That’s why Cabinet has today made the decision to continue working towards securing a Games – and we will continue to work closely with our partners to ensure we receive the financial support we require from all levels of Government.

“There’s more work to do to ensure we are in a position to put a compelling case to the International Olympic Committee (IOC).

“As I’ve said all along, we will only proceed if it is in the best interests of Queenslanders.

“A strong partnership, including the right funding commitments, is vital – and our focus now is to secure that ahead of key discussions with the IOC at the Tokyo Olympics in July next year.”

Palaszczuk said the value assessment had shown the Games could: create 130,000 jobs; accelerate infrastructure development; boost international tourism spending by more than $20 billion; deliver up to $8.6 billion in new trade opportunities; and deliver procurement and supply chain opportunities for businesses throughout the State.

The approach towards the Games bid will be pursued in stages, with the next stage being to secure financial agreement between all levels of government, followed by finalisation of the candidature file.

“The world’s greatest event provides a platform like no other. It’s an opportunity to showcase Queensland to the rest of the world,” said Palaszczuk.

“Hosting around 11,000 athletes from 206 countries, and an estimated television audience of 3.2 billion people would see the world watching Queensland at its best.

“Queensland’s climate and world-class facilities provide an ideal environment for elite athletes to train and perform at their best, but it also has the ability to motivate our communities to participate in sport and lead a healthier lifestyle.”

She said the IOC’s “New Norm” rules meant it was the ideal time for the State to pursue the opportunity, with the IOC prepared to put in a significant investment towards Games delivery and provide flexibility.

“We are well placed with more than 80 per cent of venues existing or proposed to be temporary.

“This is not only about a few weeks of sport. This would leave a legacy supporting Queenslanders for decades into the future.”

The news comes shortly after a delegation from Tourism and Events Queensland participated in Host City 2019, the largest meeting of cities and sports, business and cultural events, on 26-27 November.