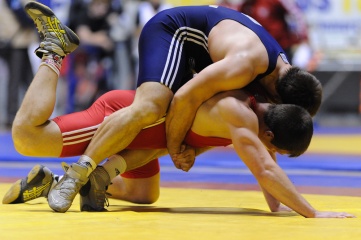 Paris has been awarded the 2017 World Wrestling Championships

The French capital has secured the event following a decision taken by the UWW during the ongoing 2014 World Championships, which commenced on September 8 in Tashkent, Uzbekistan, and will run through to September 14.

French Wrestling Federation (FFL) president Alain Bertholom said that the event would place a “tremendous” spotlight on wrestling in France for both men and women.

“The organisation of the World Wrestling Championships in Paris will be a major factor in the development of the discipline in the coming years,” he added.

The Parisian commune of Créteil previously hosted the 2003 men’s Greco-Roman World Championships before wrestling’s disciplines were merged into a unified event in 2005. The US city of Las Vegas will host the 2015 World Championships, with the 2016 event yet to be assigned.

The decision to award the 2017 World Championships comes just days after newly-named global wrestling governing body the UWW elected Nenad Lalovic as its president. Lalovic will serve a six-year term in office having taken over as acting president of the previously-labelled International Wrestling Federation (FILA) last year.

Wrestling’s world governing body voted on Sunday at its regular congress to rebrand the organisation in a bid to encourage new ideas to promote and market the sport following a turbulent period in its recent history.

Lalovic had previously secured wrestling's place on the programme for the Olympic Games after the International Olympic Committee had voted to remove the sport from the event.