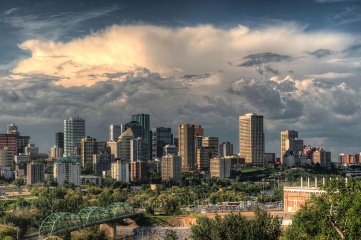 Edmonton withdrew from the original 2022 bid process to leave Durban as the sole candidate city.

Although it was originally one of the primary candidates to host the 2022 Commonwealth Games, the Canadian city of Edmonton has yet to decide if it will launch a new bid.

The Commonwealth Games Federation (CGF) has again opened up the bidding process after Durban was stripped of the event and its CEO David Grevemberg revealed that prospective host cities have until April 28 to submit interest in replacing Durban.

Edmonton withdrew from the first bid process in 2015 to leave Durban as the sole candidate to go forward to CGF General Assembly for the 2022 games.

But speaking exclusively with Host City, Doug McLean, director of marketing at Edmonton Tourism, said no decision had yet been made if a new 2022 campaign will be launched.

McLean said: “We’re aware of what’s going on and looking at a lot of different situations, Commonwealth Games and others, but there’s nothing by any means confirmed that we would consider a bid at this point.

"We are certainly aware of the other cities and we will keep abreast of what’s happening.”